/ Erosion control / Louisiana Levees to Be Mapped by Drones

Louisiana Levees to Be Mapped by Drones 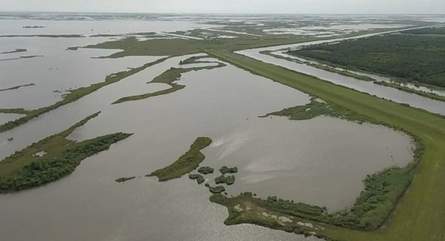 South Lafourche’s levees will be viewed though an unconventional eye in the coming months.

Levee District Director Windell Curole said the district is in the early stages of working on an agreement to have its levees inspected by unmanned drone equipped with a camera operated by a local company.

The district’s levees are surrounded by a mixture of salt marsh, fresh marsh and open water in some spots. Curole said its necessary to regularly inspect the levee and its footprint to judge if wave action is eroding the levee’s toe and to look for other problem spots.

Read more via the Daily Comet