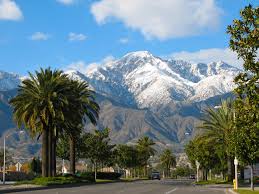 Rancho Cucamonga, a Southern California city of nearly 200,000 people, was honored with the Esri President’s Award for outstanding GIS work in planning and sustaining growth. The award was presented Monday, July 14, by Esri president Jack Dangermond at the Esri User Conference in San Diego.

“The City of Rancho Cucamonga shines brightly through its innovative use of GIS applications,” said Dangermond. “Rancho Cucamonga has a dedicated enterprise GIS division that serves as a better way to maintain, manage, and share geographic information throughout city departments including code enforcement, engineering, police, fire, planning, and community services.”

When Rancho Cucamonga became a city in 1977, community leaders and residents were concerned about housing, education, public safety, and fire and flood control as well as maintaining the rural, historic character of the region. City staff started using GIS in 1985 to help address those concerns. Now, even in the face of unprecedented growth, the city still focuses on public safety, sustainable development, and good quality of life.

“GIS is an important part of the daily operations and functions in our city,” said John Gillison, city manager of Rancho Cucamonga. “We are able to analyze, query, and display data to provide timely information needed to make better decisions. The city’s GIS department handles a large number of map and data requests from all departments plus local residents, schools, and other outside agencies.