Urban Planning of Stockholm in 3D 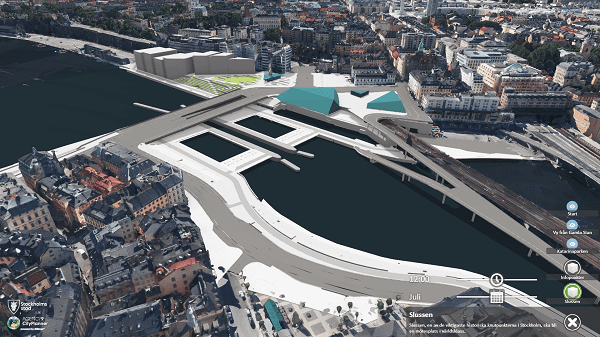 Stockholm Municipality has set up an attractive way to communicate on its future urban projects. In the Culture House of Stockholm City, a large touch screen is available for citizens to fly through a photo-realistic 3D model and explore the various urban projects planned in Stockholm.

This impressive virtual mock up of the Swedish capital city was created by Blom Sweden AB thanks to our solution, Smart3DCapture, for the 3D reconstruction, and to Agency9’s CityPlanner for the visualization.

Merging the ultra accurate 3D model automatically generated by Smart3DCapture (including more than 5 billion triangles) and the GIS data already collected by Stockholm Municipality, this photo-realistic 3D city model is not a mere 3D view of Stockholm, but also an incontestable key tool in the decision making process and an universal communication mean with citizens.