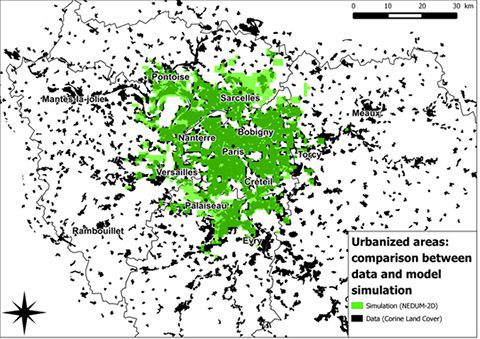 Traffic congestion, air pollution, accidents – the negative externalities from car transport are not just a popular field of economic research, but also a daily arduous reality for millions of commuters around the world. However, there is more: carbon emissions and climate change may be a less visible externality from road transport, but the economic and social costs will be substantial and borne at a global scale.

When dealing with such externalities, pricing instruments (such as carbon or fuel taxes) are the policy response favored by economists: if car users paid the full cost of driving, they would adjust their driving practices and thus reduce the negative environmental and social impacts.

However designing such price policies is by no means easy, and poses a key question to policy makers: By how much will consumers adjust their car use in response to a given price change? The answer to this, is what economists call the price elasticity of car use. It measures the extent to which car use decreases, when the price of driving one kilometer increases, for instance due to an increase in carbon or fuel taxes. If the elasticity is high, a small increase in fuel prices will lead to a large reduction in car use and thus large social benefits from avoided pollution, congestion and accidents. However, if the elasticity is low, a much higher price increase is needed for the same impact.

So, can forward-looking infrastructure planning today influence this elasticity, and make it easier to reduce the negative effects of excessive car use in the future?

In a recent analysis, we investigate the role of public transport infrastructure in increasing the elasticity of car use. We focus on the emissions from commuting, disregarding leisure trips. This is important, because commuters have less flexibility in responding to higher fuel prices: they can buy a more efficient car, use public transport, or move closer to their workplace – but cannot not turn up at work.

We use a transport-land-use model (NEDUM2D) for comparing two cities. One city is the Paris of 2008, with its road and public transport infrastructure, including a very dense metro and train network. As shown in Figure 1, the model can closely reproduce the urban form of Paris. In fact, the model also reproduces the urban rent and density distribution reasonably well. The other city is a “counterfactual Paris” without public transport infrastructure, but with a stronger road network. Unsurprisingly, these two cities have different emission levels: carbon emissions from commuting are 6 Mt per year in the city with public transportation, compared to 11 Mt in the city without.

Figure 1: The simulated and real urban area of Paris in 2006. The green shade corresponds to the simulation and the black is geographic data (Source: Corine Land Cover (European Union and SOes, 2006)).

In the long-term (i.e. until 2050) the difference between the two cities decreases in terms of cost-effectiveness. Yet, the absence of public transportation means that people eventually have to move closer to their workplaces, leading to more density (and rent) increases close to the city center, and a larger drop in rent and density at the outskirts.

In addition, our analysis shows that elasticities are much higher when population and income are growing fast. This suggests that “young” cities in developing countries may have great flexibility in determining their future ability to reduce environmental impacts – much more than cities in developed countries have. 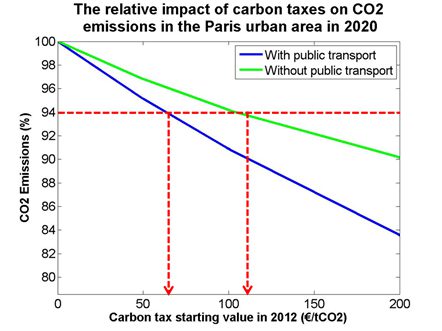 Figure 2: The relative impact of a carbon tax implemented in 2014 on commuting-related emission levels in 2020 for scenarios with and without public transport.

Thus, a key result of our analysis is that without complementary policies a carbon or fuel tax would need to be considerably higher to achieve a given (relative) emissions reduction. This emphasizes synergies between infrastructure and climate policies: if we consider increasing gasoline prices in the future (e.g. through carbon taxes), then an effective public transport network can significantly lower the costs. As recent failures to introduce carbon taxes (e.g. in France) have taught us, it can even be argued that the absence of complementary policies might prevent environmental taxes entirely.

Overall, these results provide interesting input for policy makers in fast-growing cities in developing countries. Even if emission reductions are not a priority for them today, they need to take into account that their capacity to abate emissions in the future critically depends on the decisions they take today. In other words, where urban planning and public transport are concerned, “pollute now and clean up later” can be a very inefficient strategy.