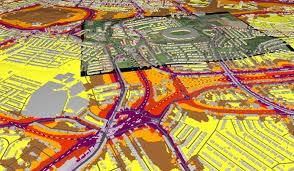 Traffic noise is the second biggest environmental problem in the EU, according to WHO. After air pollution, noise is affecting health the most. But legislation regarding noise pollution is insufficient. A new report shows how negative health effects of noise can be reduced. Several means are easiest to apply in dense cities.

Most of us are not aware that cars today produce as much noise on the outside as they did 40 years ago. However, heavy vehicles have become somewhat quieter. The number of people exposed to noise pollution in our cities remains high. Traffic noise is today linked to stress-related health problems such as stroke and heart disease.

“In recent years, the scientific basis for assessment has broadened considerably. But the legislation to protect residents of unhealthy noise levels is completely inadequate,” says Tor Kihlman, Professor Emeritus of Applied Acoustics at Chalmers.

Last fall, Tor Kihlman and Wolfgang Kropp initiated a meeting between international experts from the automotive industry, universities and government agencies in Innsbruck to discuss technical possibilities to achieve better urban environments.  A summary report from the meeting is now available, see below.

No simple technical solution exists for solving the traffic noise problem – neither at the source nor for preventing noise from reaching ears. In order to achieve improvements, concerted actions from everyone involved are required, but such coordination of actions is lacking today. The division of responsibilities is unclear, says Tor Kihlman.

“Many of the needed measures are ideal for implementation in dense cities. They are often in line with what is required to tackle climate change. Here are double benefits to point to,” says Tor Kihlman, mentioning three examples: the procurement of quiet public transport, reduced speed, and the usage of buildings as as effective noise barriers, through good urban planning.

“The problems with traffic noise from roads cannot be satisfactory resolved by only taking actions at the source of the noise, not with foreseeable technology. Therefore, the report is also covering planning and construction measures. But today’s methods of measuring and describing the noise emissions are neither sufficient nor adequate from the exposed citizens’ point of view, says Tor Kihlman.

Read the report:
Quieter cities of the future, Lessening the severe health effects of traffic noise in cities by emission reductions