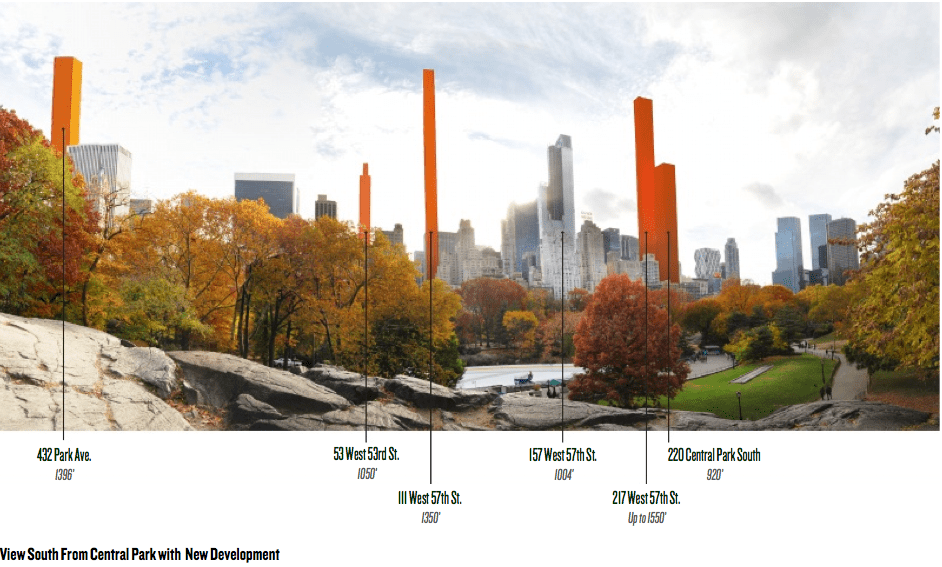 The Municipal Art Society of New York (MAS) has put together a detailed report and map interface called “The Accidental Skyline” to try and demystify the planning process, and to reduce the impacts that very tall buildings will have on Central Park. Since the founding of MAS 120 years ago, they have advocated for public access to light, air, and green space, and they are concerned with the proliferation of tall buildings without much public input.

Change and development are essential to retaining New York City’s dynamism. Over the years many of the city’s most iconic buildings have been constructed as-of-right, some to great acclaim, others to signiﬁcant criticism. But because of advances in building technology and changes in the real estate market, extraordinarily tall buildings are now being built around some of our most important open spaces, raising a great deal of public concern.

The size and scale of the as-of-right buildings going up on and around 57th St. deserve particular attention because of their proximity to Central Park. Individually, the towers may not have a signiﬁcant eﬀect; however their collective impact has not been considered.

MAS has undertaken a series of shadow studies to show the serious impact these new luxury towers will have along the southern end of Central Park,  blocking views of the sky from a number of locations within in the park and shrouding the carousel, ball ﬁelds, zoo and other popular features in shadow throughout the day. 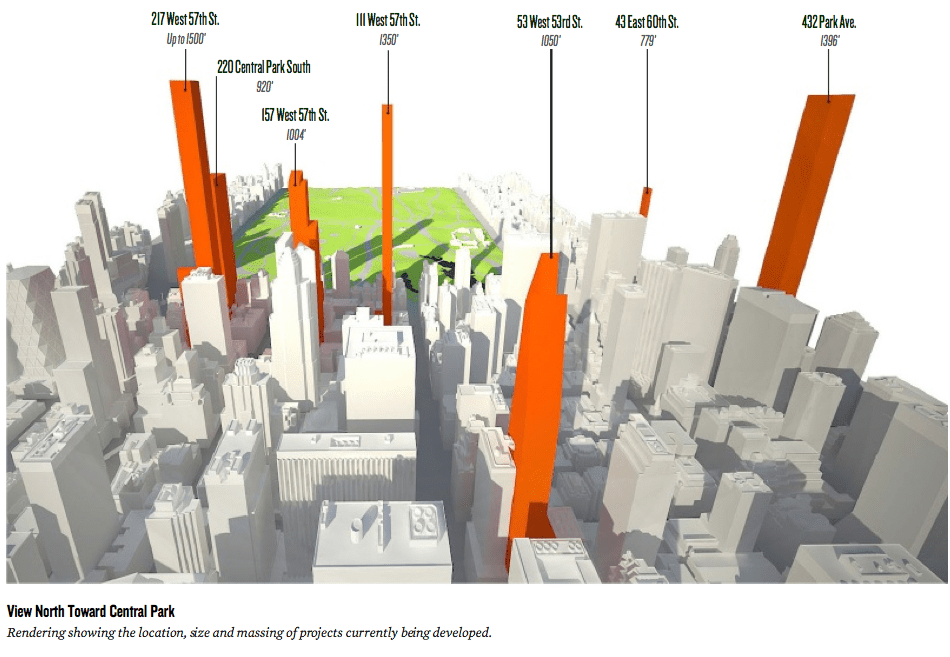 In addition to the detailed report (http://www.scribd.com/doc/193282206/Accidental-Skyline), the organization has also built an interactive map interface (http://www.mas.org/urbanplanning/accidental-skyline/) that allows you to explore all of Manhattan.