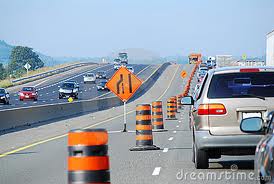 U.S. Secretary of Transportation Anthony Foxx today sent letters to state transportation departments and transit agencies outlining steps the Department of Transportation (DOT) will soon be forced to take to manage the impending insolvency of the Highway Trust Fund.  In both letters, Secretary Foxx outlined the Department’s proposed plan while emphasizing the need for Congress to act in order to avoid such a shortfall.

“There is still time for Congress to act on a long term solution,” said Secretary Foxx.  “Our transportation infrastructure is too essential to suffer continued neglect, and I hope Congress will avert this crisis before it is too late.”

The Department’s most recent projections show the shortfall will reach a critical point in the Trust Fund’s Highway Account in just a few weeks, requiring the Department to institute cash management procedures for highways at that time, with a similar cash management plan to follow for the Trust Fund’s Mass Transit Account when it is expected to reach a similar point this Fall.

Each year, the U.S. Department of Transportation apportions funding to the states for their highway programs based on formula established in Federal law.  Starting in August, DOT will use those same percentages to determine how much each state will receive of whatever amount is left in the Trust Fund.  Reimbursements to States will be limited to the available cash in the Trust Fund, and new revenues will be added every two weeks as money from the gas tax flows into the Fund.  A similar process will be implemented for Federal Transit Administration funds in the fall, when the transit account of the Highway Trust Fund is expected to become insolvent.

This approach by the U.S. Department of Transportation is intended to allow state departments of transportation to direct available cash to what they determine to be the highest transportation priorities and choose which projects receive reimbursement.

The Highway Trust Fund was established in 1956 to finance the United States Interstate Highway System, other roads and bridges.  It was expanded in 1982 to include mass transit projects.