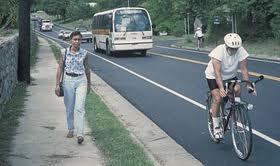 When it comes to the Millennial generation in many cities, walking more and getting into a car less appears to be driving demand for cities to plan for infrastructure and housing that makes metro areas more “walkable.”

The Millennial generation, ages 18 through 33, are more likely than any other to live in a walkable urban place or “WalkUP,” said a recent George Washington University study. The term refers to any area where the standard mode of transportation is walking because there are many accessible businesses.

The study ranked the top 30 largest metropolitan cities in the U.S. for their walkability score. At the top of the list were Washington D.C., ranking high because 43 percent of office and retail spaces are located in WalkUPs, and New York, which had the highest number of WalkUPs at 66.

In California, a state generally known for its car culture, San Francisco grabbed the number four spot for walkability with 83 percent of office and retail located in the city center, according to the study. The city’s SFMTA and the regional BART systems certainly help out with the high walkability for area residents.

Interestingly, the researchers highlighted Los Angeles, notorious for its spread-out landscape and clogged freeways (number 19 on the WalkUP list), as a place with high potential for future walkable urbanism. Once boasting a robust rail system decades ago, the city is trying to go “back to the future” with five new rail lines under construction. Plus, the report noted high rents near walkable areas, showing pent-up demand.

There’s some hope for the three California cities on the list (San Diego was number 24) and for the Millennials looking for those walkable spaces in the state.

The headlines about the state budget compromise on cap-and-trade spending–a source of funding totaling almost $1 billion annually–focused on the 25 percent going to a state high-speed rail system. But when it comes to local transit and housing, the deal will have some bang for the buck as well.

Thirty-five percent of all future cap-and-trade revenues will go toward inner-city transit, affordable housing, and sustainable communities planning. Housing alone in transit-oriented and in-fill developments will receive at least 10 percent of all cap-and-trade funds every year.

These were big wins for the Summit work to secure funding for needed infrastructure projects and a permanent source of affordable housing for the state’s workforce. And those wins are also significant for walkable infrastructure here in California, with only 2.1 percent of federal transportation dollars going to those types of projects, despite the benefits of lower pollution and obesity rates.

Though California’s state government is making strides toward the growth of walkable cities, in order to successfully execute such huge changes in infrastructure, it’ll take a lot more than throwing dollars at the project. And San Francisco’s walkable score can be countered by the problem of skyrocketing housing costs.

Truly shifting the way that residents travel during their daily commute will take smart and comprehensive planning over the long term and finding innovative ways to pay for infrastructure and more housing.