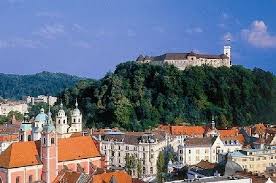 The capital of Slovenia, Ljubljana, has won the European Green Capital Award for 2016. The award was presented this afternoon by EU Environment Commissioner, Janez Potočnik, at a ceremony in Copenhagen, which holds the 2014 European Green Capital title. Ljubljana received recognition for raising environmental awareness amongst its citizens, for its sustainability strategy ‘Vision 2025’, its implementation of a range of urban green measures over the past decade and its impressive transportation network.

Commissioner Potočnik said: “It gives me great pleasure to present Ljubljana with the European Green Capital Award for 2016. As a citizen of Ljubljana, it is with immense pride that I congratulate the city on its environmental achievements. I very much look forward to its year as the 2016 European Green Capital. All of the finalists of this Award provide us with valuable real-life examples of how respect for the environment, excellent quality of life and economic growth can all be successfully combined.”

The European Green Capital Award is an annual event that promotes and rewards the efforts of cities that are committed to improving the urban environment. The Award is given to a European city that has demonstrated a well-established record of achieving high environmental standards and is committed to ongoing and ambitious goals for future environmental improvement and sustainable development.

The Jury was very impressed with Ljubljana’s implementation of the city’s sustainability strategy (‘Vision 2025’) which follows an integrated approach to environmental management. The Environmental Protection Programme, the Sustainable Mobility Plan, the Sustainable Energy Action Plan and the Electromobility Strategy all work together towards an integrated vision for the city.  Ljubljana has made significant progress in the area of green procurement which has been implemented for 70% of all city purchases.

Transportation in Ljubljana has changed dramatically over the past decade. From a city which was rapidly becoming dominated by the car, the focus has now shifted to eco-friendly alternatives. In 2013, Ljubljana modified the traffic flow within the city to limit motorised traffic and give priority to pedestrians, cyclists and public transport. Cycling is also increasing, with over 1.6 million journeys using the ‘BicikeLJ’ bike-sharing system since 2011. Future transportation plans are promising in Ljubljana. In 2012 the city adopted goals that will see public transport, non-motorised traffic and private vehicles account for equal one-third shares of all transport by 2020.

The European Green Capital Award is ultimately about making cities more pleasant places in which to live and work. The Award is given to a European city that has a record of achieving high environmental standards, is committed to ambitious goals for future environmental improvement and sustainable development and can act as a model to inspire other cities.
Cities entering the European Green Capital Award are assessed on 12 areas – climate change: mitigation and adaptation, local transport, green urban areas incorporating sustainable land use, nature & biodiversity, ambient air quality, quality of the acoustic environment, waste production & management, water management, waste water treatment, eco-innovation & sustainable employment, energy performance, and integrated environmental management.

The European Green Capital Award was conceived by Mr Jüri Ratas, former Mayor of Tallinn, Estonia in 2006, as an initiative to promote and reward efforts, to encourage cities to commit to further action, and to showcase and promote the exchange of best practice among European cities. Seven cities – Stockholm, Hamburg, Vitoria-Gasteiz, Nantes, Copenhagen, Bristol and now Ljubljana – have won the award so far, from 2010 to 2016 respectively.