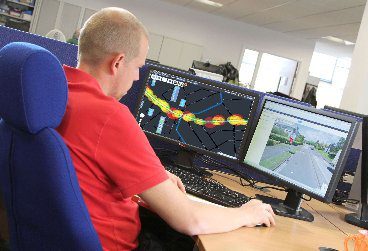 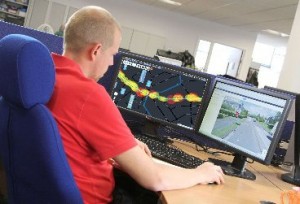 Visualised asset management software from Yotta is supporting highways management and maintenance in the Berkshire unitary authority of Bracknell Forest. Horizons is helping the council develop highway maintenance programmes that support the local economy, provide choice and improve the quality of life in a safe and healthy environment making Bracknell Forest a place where all people can thrive. The software is being used to evaluate and appraise different maintenance options, develop long term plans and provide a robust, auditable highways service.

“Efficient transport links are vital for a thriving population and economy; providing access to employment, education, healthcare, retail outlets, leisure, and to all the other services and suppliers visitors and residents in Bracknell Forest rely on to support their needs. Efficient and effective maintenance of the network is essential to ensure it can provide the principal element of the overall transport network,” commented Anthony Radford-Foley Bracknell’s Head of Highways Asset Management. “By using Horizons to understand, plan and communicate long term strategies we can deliver this.”

Horizons software is initially being used for informing decision making and planning by the Highways Asset Management Group within the Environment, Culture and Communities Department. The Council maintains a network of approximately 450 kilometres of road, 700 kilometres of footpaths and cycle ways, thousands of street lights and signs and roadside gulleys. It also maintains hundreds of highways structures including bridges, underpasses and other highway assets.

Some of the first datasets to be viewed in Horizons will be highways condition survey data from Yotta. SCANNER, SCRIM and CVI data as well as complete video record of the highway network are integral to understanding the current state of Bracknell’s highways assets. Future plans include the addition of other essential data including accident reports and enquiries and the creation of georeferenced inventories.

“When we originally considered Horizons a couple of years back we were excited by its ability to visualise highways condition data,” added Mr Radford-Foley, “however the software has moved on significantly during this time and the added functionality was integral to our selection and subsequent implementation. The ability to communicate both the possible implications and costs of any proposed schemes is essential to maintain and hopefully improve funding levels. Horizons will also help with the development of our Highways Infrastructure Asset Management Plan as expected by the Department for Transport.”

Horizons is a visualised Software-as-a-Service (“SaaS”) asset management platform designed to make it easier for asset managers to visualise, manage and optimise all their asset management strategies and records in a unique and effective way using a single cloud-based solution. Since launching to market in 2012 Horizons has experienced significant growth in sales in the UK and with customers including the UK Highways Agency, the London Borough of Richmond and Lancashire County Council, to name just a few. Yotta has recently launched Horizons in the US.