/ Corporate / Startup Can Power Trillions of Sensors in Everyday Objects

Startup Can Power Trillions of Sensors in Everyday Objects 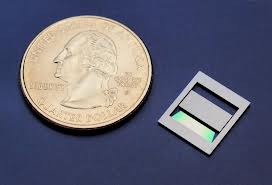 IoT might sound like the latest new texting acronym. What it actually stands for is more serious: a technology revolution waiting in the wings called the “Internet of Things.” In a few short years, trillions of wireless sensors—embedded in everything from buildings to vehicles to household appliances to the bloodstream, up from 10 billion shipped annually today—will convey data of every type, over the internet, to interested parties of every kind.

Technology conceived at the University of Vermont could bring the sensor-driven IoT world closer to reality by helping overcome its Achilles’ heel: how all those sensors will be powered, given the impracticality and expense of installing and changing batteries.

UVM alumnus Robert Andosca (M.S. in Materials Science/Electrical Engineering, Ph.D. in Materials Science/Physics) has made the idea of battery-powered sensors all but obsolete with a tiny vibration energy scavenging device, half the size of a sugar cube, that he developed with his Ph.D. advisor, UVM physics professor Junru Wu, Ph.D. The “MEMS” device—for microelectromechanical systems—converts mechanical energy into electricity using a special “piezoelectric” material that generates a charge at the slightest jostle.

The company Andosca and Wu co-founded in 2007, MicroGen Systems, is on the verge of taking its first micropower source products to market.

Kristofer Pister, chair of the Electrical Engineering Department at the University of California at Berkeley and a pioneer of wireless sensor networks, says MicroGen is poised at a potentially watershed moment.

Under the guidance of Wu, Andosca developed a novel theoretical model and optimum design parameters for the microscale harvester that allowed him to crank up its power to record levels.

Public recognition of the product’s promise began in 2011, when Andosca powered a Texas Instruments wireless sensor with one of his prototype devices at a demo at the Sensors Expo in Chicago. The MIT Technology Review published a glowing review.

Read more at: http://phys.org/news/2014-06-startup-power-trillions-sensors-everyday.html#jCp
A year later, Andosca’s Ph.D. dissertation—a distillation of his theoretical and experimental work on the energy harvester—was published in the journal Sensors and Actuators and became the seventh most downloaded paper of 2012 on the leading website Science Direct. And in 2013, the energy harvester won top honors at the MEMS Showcase at the MEMS Executive Congress in Napa, Calif.

The success attracted funding. A Belgium-based holding company called Xtrion invested $3.9 million in the company. Nearly as important, it offered the capabilities of two majority-owned subsidiaries. The first, X-FAB, operates a series of state-of-the-art semiconductor- MEMS foundries in Europe, Malaysia and the U.S. MicroGen’s products are now being manufactured at an X-FAB facility in Germany.

The second company, Melexis, produces integrated circuit sensor components for the automotive market. It has licensed MicroGen’s technology to power its sensors in the tire-pressure monitoring systems mandated in passenger cars in the U.S. and the European Union.

The plan calls for a strategically sequenced entry into the Internet of Things market, beginning with the industrial market in 2014, progressing to the tire-pressure monitoring systems market for high-use vehicles in 2016, moving to the passenger car market in the latter part of the decade and later targeting the wider IoT world.

Andosca has eager customers lined up in each of the first two phases—with the first X-FAB manufactured products coming to market in October 2014—and anticipates annual sales of $100 million by 2019.

“MicroGen is at the right place at the right time at the tip of the IoT iceberg,” he says. Not a bad place to be—for trillions of reasons.