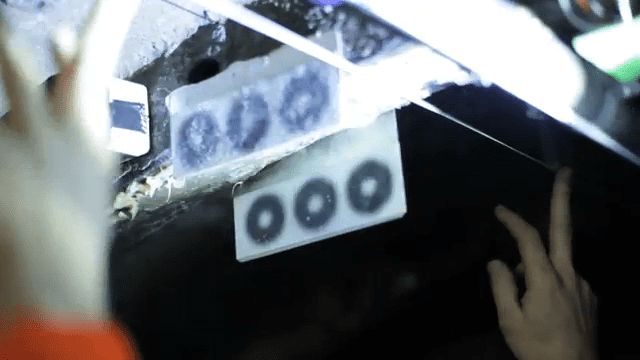 Twenty-five metres beneath central London is the world’s first ‘smart tunnel’, where ground-breaking new sensing technologies are providing massive amounts of information about the UK’s aging infrastructure, and how best to maintain and protect it for generations to come.

The Royal Mail tunnel, which was used to carry post across London from 1927 until 2003, is now the site of a unique underground laboratory where University of Cambridge engineers are monitoring movement in real time and seeing how the tunnel changes as a gigantic new tunnel is constructed just beneath it.

Hundreds of low-cost sensors have been installed in a 30 metre stretch of the Royal Mail tunnel beneath Liverpool Street Station, where it is located only a few metres above the excavation of one of Crossrail’s new stations. Crossrail, a new commuter rail line across London due to open in 2018, is the largest civil engineering project currently under construction in Europe, and has put technology at the heart of its efforts to ensure minimal impact from its construction on adjacent infrastructure.

The Royal Mail tunnel is just over 2.5 metres in diameter. By comparison, the Crossrail platform tunnel being excavated close beneath it is nearly 11 metres in diameter – more than the height of two double-decker buses.

“A project as big as Crossrail comes with all sorts of engineering challenges,” said Professor Robert Mair, Head of Civil Engineering and of the Centre for Smart Infrastructure and Construction (CSIC) at the University of Cambridge. “One of the most important of those challenges is how you excavate large tunnels underneath urban infrastructure without causing any distress to buildings or other tunnels.”

Some limited movement of the Royal Mail tunnel, in the region of only a few millimetres, is inevitable during the Crossrail excavation, but the questions that the Cambridge technology is answering is how much movement is happening, what form the movement is taking, and whether it is within acceptable limits – the mechanics of which are quite complex.

The CSIC team are using four different low-cost sensing technologies, which together can detect movements as small as one-hundredth of a millimetre, enabling any potential problems to be spotted and corrected well before they represent any risk to the older tunnel. To date, the minor movement that has taken place is well within the acceptable limits.

“Together, the sensors paint an incredibly accurate and detailed picture of how the older tunnel is behaving, which will inform the best way to protect and maintain it,” said PhD student Mehdi Alhaddad, who has been monitoring the Royal Mail tunnel for more than a year. “In future, this type of technology could also be used to efficiently and economically monitor much of the UK’s Victorian and 20th century infrastructure, such as the miles of tunnels of the London Underground, 70 per cent of which is made of cast iron, similar to the Royal Mail tunnel.”

The University has worked closely with Crossrail on ground monitoring on several of its construction sites. Crossrail has a sophisticated and extensive range of technologies, including monitors, installed across London to remove the possibility of damage to adjacent properties.

“Right across London, cutting edge technology is being used to ensure that tunnelling work being carried out for Crossrail doesn’t cause damage to structures above or below ground,” said Chris Dulake, Crossrail Chief Engineer. “The movement that we have seen from our bored tunnelling so far has been significantly less than we expected and we will keep on working hard to make sure that continues to be the case.”

Compared with current methods of monitoring, the sensing technologies installed by the CSIC team are cheaper, easier to install, consume less power and provide a complete picture of the entire tunnel, rather than just information about what is happening at selected points.

Optical fibre has been installed along the length of the tunnel, which show if the tunnel is deforming or bending. Wireless displacement transducers measure displacement of one part of the tunnel relative to the next and wirelessly transmit the data to a receiving station. Photogrammetry, or computer vision, techniques allow the team to measure many more points than current methods and visualise what is happening in the tunnel.

Long-lasting, ultra-low-power sensors, invented by PhD student Heba Bevan, have also been installed throughout the tunnel. These sensors measure temperature, humidity, acceleration and tilt, and can be left in place for years without requiring the battery to be changed. 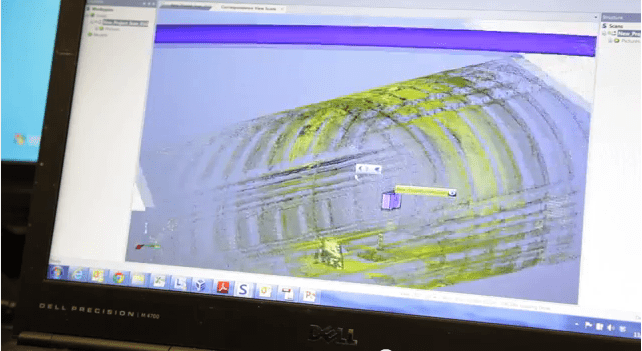 “The Crossrail project provides a great opportunity to improve knowledge in our profession, which will assist in the development of future projects in the UK and worldwide,” said Mike Devriendt, Associate Director at global engineering consultancy firm Arup, who worked as a technical consultant on the project. “Until now, there hasn’t been a way to assess the impact of construction on cast iron tunnels with such pinpoint accuracy.”

“This is not only incredibly exciting for the CSIC team,” said Dr Jennifer Schooling, CSIC’s Director. “It is also a first on a number of counts. It is the first time so many of our revolutionary devices have been used to monitor the movement of an existing tunnel. It will also mean that we will see what effect such a large-scale excavation will have on a cast iron tunnel for the first time, almost in real time.” 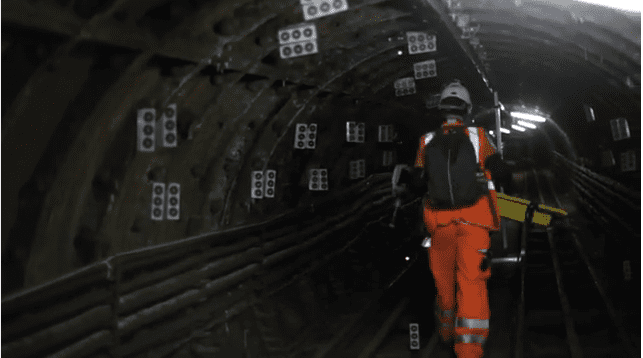 “By installing the kind of sensors that can give a continuous update about how much those tunnels might be moving and what changes are taking place, we can answer a lot of important questions about the value of our current infrastructure, the future of it, whether it needs to be maintained, whether it needs to be replaced – all those kinds of issues can be much better quantified,” said Professor Mair.

CSIC is an Innovation and Knowledge Centre funded by the Engineering and Physical Sciences Research Council (EPSRC) and the Technology Strategy Board to develop and commercialise emerging technologies.