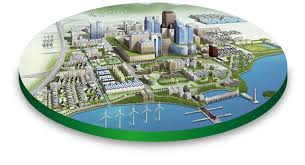 How do cities reach the status of a sensored smart city? Like so many innovative trends, the technology is not really the problem. Rather, it’s finding the political will to move to the starting point, assessing needs and making sure the right management systems are in place. “You start by evaluating your pain points, whether it’s parking, congestion, crime or, in the case of Montreal, a need to sustain stronger ridership in the city’s transit system,” said Jennifer Belissent, a principal analyst with Forrester Research. City officials need to engage the business community and the citizens to figure out what they want and where to invest, she added.

Cities also need to think about how they want to use the data captured by the sensors and they need to decide which data should be in the open and public, and which is not, according to Katharine Frase, chief technology officer of IBM Public Sector. “Lots of cities have added the role of chief data officer as a way to think through thoughtfully the policy that drives the sensor-based projects they want to deploy.”