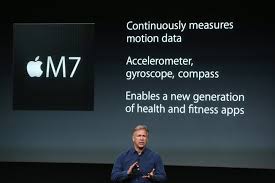 In iOS 8, Apple is adding some new Core Location features that let app developers get precise indoor positioning data from an iOS device’s sensors and it’s even letting venues contribute by signing-up to get help enabling indoor positioning. The feature taps into the iPhone’s M7 processor and uses WiFi technologies to provide extremely accurate indoor mapping and navigation features to developers.

Up until now, CoreLocation has been using a combination of Cellular, GPS, and WiFi technology in order to provide developers with location information from their users. Those technologies can get you within a city block or in some cases close to or inside a venue, but they aren’t enough to provide accurate positioning indoors or features like indoor navigation. That’s why with iOS 8, Apple is introducing new features for the CoreLocation API that will let developers tap into an iPhone’s M7 processor and motion sensors in order to get accurate indoor location, navigation, and floor numbers.