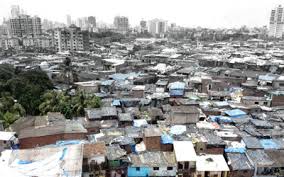 San Francisco was nearly wiped off the map by earthquake and fire in 1906, yet residents seized on the disaster as an opportunity to rebuild and expand. Warsaw lost 85 percent of all its structures in World War II, but today it is Poland’s largest city. Even nuclear devastation could not eradicate Hiroshima; the city regained its prewar population in just 10 years.

What explains such remarkable resilience?

According to Lawrence J. Vale, MIT’s Ford Professor of Urban Design and Planning, it’s a testament both to human will and to the extraordinary attachment people have to places. Although computers and teleconferencing make it easier than ever to live and work apart, people continue to be drawn to cities for the unparalleled opportunities they provide for face-to-face interaction and commerce. “It’s an affirmation of just how much people want to be with other people,” Vale says.

Rebuilding devastated or blighted cities, therefore, is not so much a technical or physical challenge as a deeply human endeavor driven by the will to overcome adversity. “You think you have a technical design problem to solve, but what you have is a window into conflicting human values,” Vale says.

This distinction is one that urban planners have sometimes failed to recognize. The notorious urban renewal efforts of the 1950s, for example, wiped out dense ethnic neighborhoods such as Boston’s West End in favor of streetless “superblocks” and gleaming high rises. “There was a decision to reject the historic form of the city as overcrowded, obsolete, and dangerous, and to reject the kinds of communities that had been built over time in those places,” Vale says. Such projects proved catastrophic for city residents who couldn’t afford to return to upgraded districts; they also produced whole areas inhospitable to the human interactions that make cities vibrant. Urban renewal was deemed a failure.

In contrast, good urban planning can quite literally save lives. When a 7.0-magnitude earthquake struck Haiti in 2010, Port-au-Prince was practically leveled; hundreds of thousands of people died. Yet, when an 8.8-magnitude earthquake hit near Concepción, Chile, less than two months later, just 525 people were killed. One major reason for the disparity, Vale says, is that Chile enforced strict building codes to ensure more structures were earthquake-resistant and Haiti did not.

Unfortunately, building better structures can be expensive and, as Vale says, “You can’t just say Haiti should be less poor.” That’s why urban planners at MIT are looking for ways to protect vulnerable populations cost-effectively — a key goal of the Resilient Cities Housing Initiative, which Vale launched this spring.

MIT researchers will investigate how best to house a city’s least advantaged residents in a world facing increasingly extreme weather conditions due to climate change. And, they will take on a challenge fundamental to all modern city planning: how to motivate people to prepare for the next disaster.

“How do you get people to think, as they did in the Netherlands in 1953, that they need to plan for a so-called 10,000-year flood that may — or may not — come soon?” Vale asks. The answer remains elusive. “It’s hard to sell until something happens.”