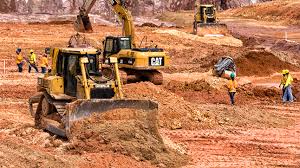 At the National Press Club on June 26-27, a report resulting from experts representing 45 different corporations, professional organizations, think tanks, financial advisors, academic institutions and others will be released offering a six-point plan with fresh ideas to regain America’s infrastructure leadership and revive the country’s global competitiveness.

The report and a related symposium will outline the six concrete, innovative new ways that the federal government, industry and other stakeholders can work together to solve the crisis of the failing state of U.S. infrastructure. The effort came about in response to D+ grade America’s overall infrastructure received in the most recent quadrennial report card from the American Society of Civil Engineers (ASCE).

WHAT: “Making The Grade: A National Six-Point Plan to Regain America’s Infrastructure Leadership” Symposium
WHEN: Thursday, June 26 (6:00 – 9:00 p.m.) and Friday, June 27 (8:00 a.m. – 12:00 p.m.)
WHERE: National Press Club, 529 14th Street NW, Washington, DC 20045
WHO: Speakers and attendees representing every kind of stakeholder in the fate of our infrastructure: government, industry, professional organizations, academia and more, including: