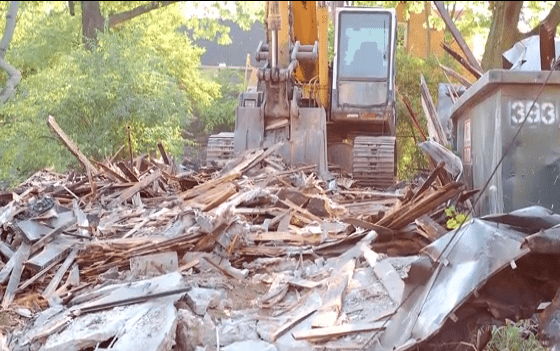 At a recent summit in New York’s financial district, the news was pay now or pay much more later. Speaker after speaker either showed scientific evidence of potential disasters due to sea level rise or the enormous costs that are sure to follow the new reality of disaster brought about by the most costly storms, Hurricanes Katrina and Sandy.

“We are well past the point of excusing our coastal fate on unintended consequences,” said Val Marmillion, managing director of the America’s WETLAND Foundation (AWF). He warned the attendees of research findings from a study conducted with Entergy Corporation by SwissRE. “We found that Gulf Coast states would be hard pressed to keep up with the loss of critical infrastructure due to long-lasting, larger-footprint storms, similar to Sandy and Isaac.”

The 2014 Atlantic Hurricane Season arrives on the heels of a recent report by the Union of Concerned Scientists and compilations of recent research by federal agencies, universities and research institutions, predicting that sea level rise will cause catastrophic events and that either adaption or retreat from large population centers is predictable.

Hosting the New York summit, Bill Golden of the National Institute for Coastal and Harbor Infrastructure, said, “Large coastal communities need to take Sandy as a warning call, unfortunately coming too late for those who lost their lives and property.”

His remarks came amidst calls for funding adaptation measures leading to resiliency and for businesses and residents alike to work in communities to abate the risk of future storms that are sure to come. “Sandy was not an apparition but the real deal,” said Golden. “Knowing what we face, we must cobble together bipartisan leadership nationwide to secure our coastal resources and cities or every American will pay the price. We are working with vulnerable communities and NGOs along the Gulf Coast and in other coastal areas that have experienced coastal flooding disasters, but that is just a baby step to what is needed.”

In New York, Florida, Texas and Louisiana, loss of critical wetlands and ecosystems including barrier islands that buffer the impacts of storms is a serious problem. Conflicting or outdated federal policies often make coastal restoration and protection projects difficult to achieve in a timely and cost effective manner. Storm surge and velocity are blunted by a healthy ecosystem, wetlands and back bays and their sustainability is essential to storm protection.

Louisiana is the Poster Child for U.S. sea level rise.

“Our work to ensure coastal resiliency took us from the Gulf Coast to Vietnam and the Mekong Delta region where we convened World Delta Dialogues II,” Sidney Coffee, senior advisor to AWF, said. “Similar to Ho Chi Minh City (Saigon), New Orleans and Houston are two large cities in the target zone, as our Gulf region experiences some of the strongest rates of sea level rise. This can mean only one thing, it is not a matter of if, but when Gulf cities will have another storm related disaster,” Coffee said. Already in low-lying regions of the Gulf, wetlands are being lost at the equivalent of a football field an hour to coastal erosion and subsidence in coastal Louisiana. “When you see water over the roads and names removed from maps because the spot is under water, the obvious could not be clearer,” Coffee said.

Louisiana could be the poster child for sea level rise. Combined with the added impacts of subsidence and the leveeing of the Mississippi River, which cut off fresh water and sediment from its wetlands, each new hurricane season brings greater urgency for coastal restoration efforts on a grand scale.
“Whether or not this hurricane season will have Louisiana in its sites is impossible to know but one thing is certain – never has the need to restore Louisiana’s coast been more critical,” King Milling, AWF chair, said. “To do what is necessary will take an incredible amount of cooperation at all levels of government, working closely with coastal communities, NGOs and the private sector.”

Milling said, “This is on us. Our generation must accomplish this if the future is to hold any promise of economic, cultural and environmental viability.”
According to the latest statewide poll commissioned by the AWF, 74 percent of registered voters consider saving Louisiana’s coast the most important issue of their lifetime. The poll also revealed that 97 percent of statewide voters feel a unified effort of government, industry, education and nonprofits is the best hope for coastal restoration and protection.

A recent poll of Texas voters by AWF confirmed that many Texans feel anxious about the prospects of “the big one.” Eighty-three percent of Texans feel that more should be done to prepare for natural disasters, while a majority of Texans worry about evacuation and emergency response. Ninety-five percent of Texas voters found it important to invest in the coast to protect Texas ports, inland waterways and other shipping infrastructure, with 86 percent agreeing that Texas’ booming economy depends on a healthy coastal environment.

While Louisiana has a coastal protection and restoration master plan, large cities facing the eye of the storm may focus on emergency response and evacuation without planning for the root causes of vulnerability and adaptation for living in the future.

The America’s WETLAND Foundation manages the largest, most comprehensive public education campaign in Louisiana’s history, raising public awareness of the impact of Louisiana’s wetland loss on the state, nation and world. The America’s Energy Coast initiative works to sustain the environmental and economic assets of the Gulf Coast region. The initiative is supported by a growing coalition of world, national and state conservation and environmental organizations and has drawn private support from businesses that see wetlands protection as a key to economic growth. For more information, visit http://www.americaswetland.com.