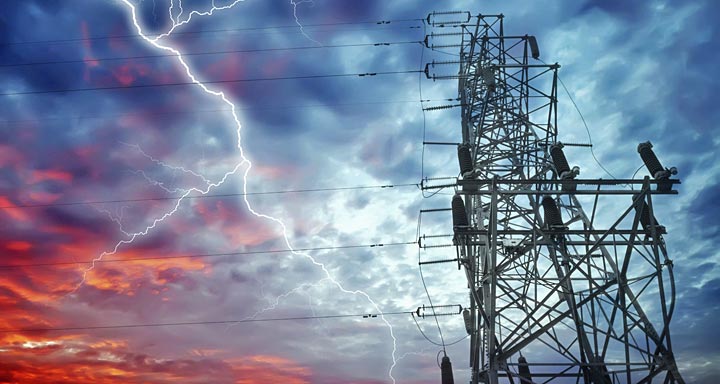 With extreme weather events on the rise, electric utilities in our region have learned that careful strategic planning is essential to providing reliable power to their customers, including those who provide critical services to others. The Department of Energy’s (DOE) Brookhaven National Lab is sponsoring a series of workshops to sustain an ongoing dialogue about the resiliency of the grid, examining the issues involved and acquainting utilities with the technology available to help in the planning process.

In a keynote address, Larisa Dobriansky, senior vice president for Legal, Regulatory and Policy Affairs for General MicroGrids and former DOE Deputy Assistant Secretary for National Energy Policy, delivered remarks on behalf of DOE’s Dan Ton. She said that the definition of  “critical customers” has changed since the September 11th attacks as Smarter Grid activists have sought a consistent method to identify and prioritize those services on which the rest of the utility’s customers depend.  One leading strategy involves the use of microgrids—a group of interconnected loads and distributed energy resources within clearly defined electrical boundaries that acts as a controllable entity with respect to the grid.  Dobriansky noted that Brookhaven is well ahead of the curve when it comes to microgrids, having created one on the Lab site to test technologies and other Smart Grid components.

Describing the DOE Program on Microgrids and Grid Resiliency, Dobriansky said that DOE considers microgrids as integral to DOE’s grid modernization efforts, particularly at the distribution level.  She also discussed the requirement that state and local communities develop an Energy Assurance Plan as part of the ARRA money states accepted. In the near future, DOE plans a microgrid Grand Challenge Competition and other microgrid activities.

Charlie Scirbona, Smart Grid department manager for ORU, and Robert Broadwater, chief technology officer for EDD, discussed the identification and requirements of critical customers—such as pharmacies, gas stations, traffic lights and public transportation—which they concluded change as a function of time and mission.  They also further defined resiliency as the adaptive capacity of the system or the ability to bounce back, and discussed the need for better anticipation of disruptive events.

Broadwater noted the “alphabet soup” of systems used today, which organizes data but does not create information because it is not analyzed and simply goes into storage. Scirbona said the Integrated System Management software used at ORU helps gather, organize, and analyze data, and the utility is also exploring how to make more use of radar storm data to reduce outages, identify where the critical loads are, what critical missions need to be maintained, and priority of restoration.

ICF International advises its government and business clients on issues including energy, environment, and infrastructure. The organization’s director, Robert Kwartin, focused his remarks on utility communications with both critical customers and regulators. Citing the importance of “reputational capital,” he noted that public perception of utilities is low and said they need to develop a year-round customer engagement plan, and not only communicate during storms and other emergencies.

Douglas McCracken, director of Emergency Preparedness for Northeast Utilities, New England’s largest utility system, presented a case study based on Connecticut Light and Power’s (CL&P) experience in the 2011 Halloween snow fall and how Northeast Utilities created an emergency management program to support the effective restoration of power. During that storm, there was confusion and disagreement over whether the state/communities or the utility were responsible for clearing the roads of trees, which account for 80 to 90 percent of the damage after storms. Following the storm, CL&P worked with the State to develop protocols and procedures on roles and responsibilities of the utility and the local community. CL&P will be responsible for ensuring that there is no power in the lines in the debris, then the local community will remove the debris.

Later, attendees participated in an interactive discussion on resilience—what it is, the key drivers, and how a utility can incorporate it into its operations and measure its success—and interdependencies within the utility companies. With power outages, there can be unintended consequences for “unknown unknowns” that have not been considered or planned for.

On the second day, participants heard a presentation on the proposed BNL Northeast Emergency Management Academy, given by Carol Kessler, chair of the Nonproliferation and National Security Department (NNSD) and Richard Ohlsen from NNSD’s Emergency Management Research Team. While plans for the Center are still being developed, utilities expect to be able to use the Academy to train their staff in incident management.

Alan Berscheid from the National Infrastructure Simulation, and Analysis Center (NISAC) located at Los Alamos National Laboratory spoke on Determination and Prioritization of Critical Loads. Berscheid gave an overview of the NISAC and how it is used to predict outages and critical loads for power outages. This system is used by the Department of Homeland Security (DHS) to predict damage in potential emergencies in DHS Critical Infrastructure Sectors. The system conducts an analysis on various critical infrastructure processes and predicts the damage and losses when “pieces of the system” fail.

Frank Rahn of Whitney Research Services focused on the vulnerability of the electrical grid from transmission to distribution, and said that multiple failures must be planned for, and areas that are susceptible for multiple faults identified.  He spoke about silent threats he called the “Three Ninjas:” maintenance, vegetation, and indifference/inertia that can contribute to failures. Rahn said the grid today is more susceptible to failures due to solar flares than in the past due to the growing amount of long transmission lines being installed, which also need to be secured against malevolent attack.

A study conducted for DHS by the Homeland Security Institute was the subject of a presentation by Matthew Sinn who works in operational assurance for the Tennessee Valley Authority. He spoke of the perception that at the turn of the 20th century, electric was a luxury; in the middle to the end of the 20th century, it was a commodity; and today, electricity is a human right or need. This led to a discussion about what industry stakeholders expect in the 21st century and the responsibility of customers to take ownership of their own preparedness in advance of a storm.

DOE will conduct three Smart Grid-related events June 10-12 at the Lab: An Energy Transmission and Distribution Infrastructure Resilience Workshop on June 10 will seek feedback from stakeholders on resilient energy systems infrastructure to transport, transmit, and deliver electric power, natural gas, and oil in the U.S; the Resilient Electric Distribution Grid R&D Workshop on June 11 will seek to engage stakeholders to jointly identify R&D activities for the gap areas in enhancing electric distribution grid resilience to natural disasters; and the Smart Grid R&D Peer Review Meeting will be held on June 11 and 12 to conduct an external review of technical R&D projects funded by the Smart Grid R&D Program. Participation in the events is open to all interested parties.