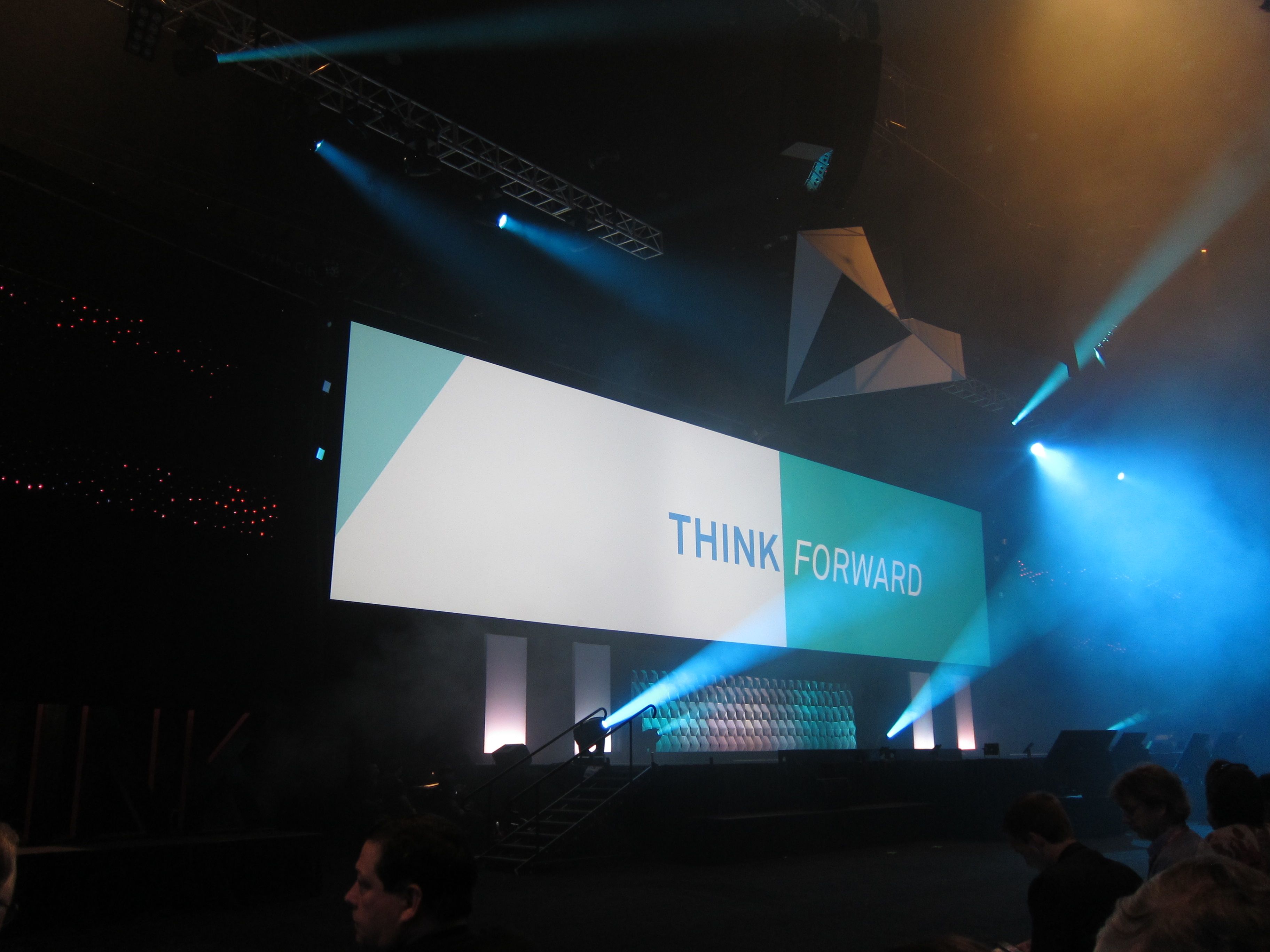 Mark Doherty, CTO of Intergraph’s Security, Government and Infrastructure group kicked off the SG&I track with a Mission Impossible theme, taking a look at security and monitoring challenges.

A demo illustrated software that integrates a map, security cameras, and the ability to orient the camera by clicking on the map. The flexibility of this interface, with the map as central to the interface, has earned the company a new patent. Demonstrated was the tracking of a potential intruder, where input from the detecting sensor drives the camera as the intruder moves, providing situational awareness without the need for multiple people to drive the camera tracking.

The demo then moved to GeoMedia and a visualization of a park, where moving the model to mobile devices was displayed. The next step was the creation of a 3D model in GeoMedia 3D, to visualize the project and share that with the public. New Mobile Map Works software is the means to move the model to mobile devices, where you can digitize and edit the enterprise data on devices they want to use, both iOS and Android (the software will roll out later this year). On the security response side, a similar mobile application will come out later this year.

Intergraph’s inPURSUIT software is a web-based application that controls access to incident information, and allows them to see their same information whether on a mobile device or desktop. The focus was on streamlined workflows, where redundant data entry is eliminated. The incident reporting and analysis piece allows everyone to mine information to help predict crime trends. The integrated solutions provide a complete incident response workflow.

For electrical utilities, the new inSERVICE functionality allows for a streamlined outage management workflow, where wireless field communication updates a common map. The tool also allows for temporary switching in order to restore power from active parts of the network, with an eye toward safety with mobile connectivity to the crews in the field that track their locations. With Smart Meters, the system can ping the meters to know when and where power has been restored.

The last demo of spatial modeling demoed tools used by defense and intelligence, that can be re-purposed to solve other problems. Geospatial data was used on an event planning scenario, where ERDAS was used to define a geometric constraint for where to position security. Using a clip, zip and ship workflow, Lidar data, orthophotos, and stereo pairs were assembled. Now with the data assembled, ERDAS Imagine was used to pull together the data for a 3D image/model.

At the close, the integration of technology was touted, with promises of more to come.