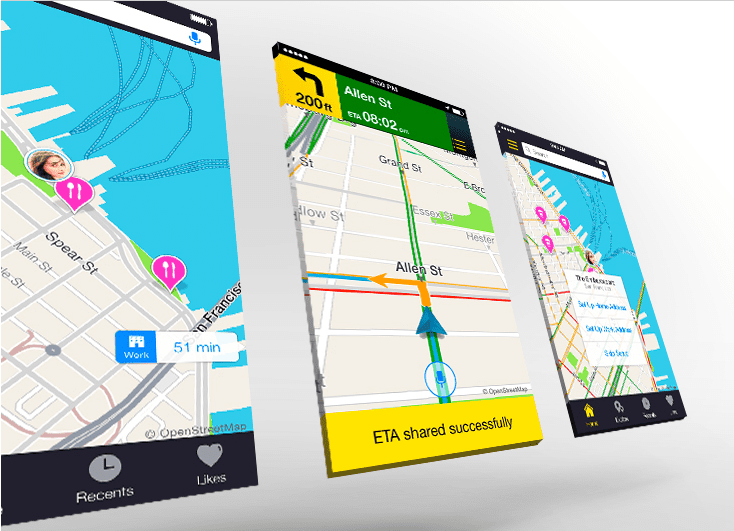 Telenav (NASDAQ: TNAV), the leader in personalized navigation, announced today that its free U.S. Scout for iPhone app will use the crowd-sourced and free OpenStreetMap (OSM) for all map data. OSM, the “Wikipedia of Maps,” offers users a more accurate and up-to-date map than what is available via commercial maps. The rollout of OSM starts today for some Scout users and will be fully implemented for all users by the end of this week. The company plans to switch to OSM for Scout for Android in the U.S. in June. Scout’s companion website, scout.me, is already using OSM.

With this launch, Scout is supporting a growing community of global OSM editors. The OSM community has doubled year over year to more than 1.6 million registered editors, with people mapping every country around the world, ranging from the U.S. to Germany and Lesotho to North Korea.

The OSM crowd-sourced model enables edits to be published every minute, resulting in maps that are often more detailed and more up to date than commercially available maps. In addition to reporting traffic or accidents, now anyone using Scout can send mapping feedback directly from the app to Scout OSM editors who will let the person know once the data has been reviewed and updated.

“As a mapping platform, OSM is a credible alternative to proprietary solutions, with the added advantage of instant updates, resulting in a more accurate and up-to-date map,” said Steve Coast, founder of OpenStreetMap and Telenav’s head of OSM. “Roads change, subdivisions are built, and freeways expand so, just like all other maps, it needs updates on an ongoing basis. Today’s launch has effectively added millions of editors to the OSM global community, breathing even more life into an already exploding free and open-sourced project. Compare this to the billions of dollars that Google has spent – and will have to continue to spend – on keeping its maps updated and I think you can understand why we have switched to OSM.”

“This is a turning point for the mapping industry,” continued Coast. “The amount of effort and investment needed in order to provide high-quality turn-by-turn navigation using OSM crowd-sourced map data cannot be understated. We expect a significant return on our investments to create a better map platform for navigation using the free OSM. It took Telenav years of OSM community engagement, advanced algorithms, technology development, and road testing to reach a point where we felt it was ready for consumers. Now that we are here, we can’t wait for the world to try Scout with OSM. As for the global community of editors, this is true validation that their enthusiasm and passion for making a free, editable map of the world has made a dramatic impact on the evolution of maps and navigation.”

The OSM rollout is automatic for Scout users and does not require an app update. Separately, Telenav also announced today that it has launched a Scout Maps and Navigation SDK, the first GPS navigation SDK that allows mobile app and developers to integrate OpenStreetMap-based GPS navigation and maps within their own products. The new Scout for Developers program also includes a new Scout Maps API for desktop and mobile websites using OSM, allowing developers to replace Google Maps. More information is available at developer.scout.me.

Today, Telenav is also sharing in the celebration of its OSM launch by kicking off a map-editing contest at scout.me/osmcontest where map editors have a chance to win various prizes including cash and tablets.

Telenav’s mission is to help reduce stress, improve productivity, and make life more fun for people on the go. Our personalized navigation services help people make smarter decisions about where to go, what to do, when to leave, and how to get there.