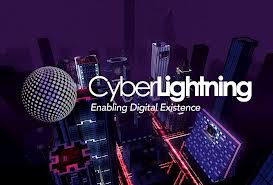 CyberLightning Ltd., today introduced CyberVille, a software platform for visual monitoring and control of the data and the physical assets that comprise the Internet of Things (IoT). The end-to-end data management and 3D visualization platform provides organizations with a strategic tool to control sensor and machine networks using a simple point-and-tap interface on any mobile device.

“Network operations and control rooms for infrastructure systems today are typically populated with dozens of displays. It’s a major challenge for skilled staff and managers alike to view both the ‘big picture’ and be able to drill down to levels of detail needed to really track performance and respond to issues,” said Ville Mickelsson, CEO of CyberLightning. “The complexity of these types of networks will grow exponentially in the Internet of Things era. With CyberVille, we are presenting the first solution built from the ground up to address the challenges of systems management in incredibly complex network environments.”

CyberVille is based on open-source, standards based Internet technology. It provides a multilayered 3D view of complex networks in the context of the real world where they are installed. The visualization is based on a combination of geographic information system (GIS) data sets and 3D models, along with all of the real time data feeds associated with the various objects that make up the network or networks under management.

CyberVille is architected around several components. The CyberVille Mind incorporates the Data Control and Collection Engine, the Big Data Processing Engine, and a suite of modules for different industry segments, such as energy, building automation, traffic management, etc. A core data processing module supports the diverse APIs of machine/sensor networks and manages data flow. An organization’s proprietary data as well as public data such as weather conditions are readily integrated and presented within the various visualization views.

The CyberVille UI translates data from the CyberVille Mind for presentation on client devices, including mapping of data sets with the CyberVille GIS module, which draws on publicly available GIS sources. All types of client side tablet and smartphone browsers are supported, including Android, Tizen, iOS, Firefox, Chrome, as well as traditional operating systems (Windows, Linux, OSX, etc.). The efficiency of the UI module is illustrated by typical performance on a smartphone, of up to one million polygons of real-time, interactive display.

To illustrate applications in the energy industry, CyberLightning built a 3D model of an operating wind farm, with sample data sets reporting operating status of individual wind mills and control points in the system. Viewed on a tablet, the visualization is so richly detailed that different rotation speeds of fan blades can be seen. This type of visual trigger alerts operators to a potential fault, which can then be verified by zooming in on specific data feeds.

In a smart city application such as facility management, baseline GIS data is merged with CAD models of a building and its multiple internal “smart” networks, such as lighting, HVAC control, occupancy sensors, and security, System managers can set access controls to different network data and control elements, providing multiple views from the now integrated data set. On a city-wide scale, visualization of intelligent street lighting infrastructure or the operation of public transit systems based on real-time status data benefits operations, maintenance and customer service.

CyberLightning expects that organizations will implement CyberVille-based network management on internal networks or secure cloud platforms to assure network performance and to protect critical systems. The platform will be licensed directly to large customers and through IT and systems integration providers. Future releases for Platform/Software as a Service (PaaS/SaaS) deployments are planned.

The platform is fully compatible with the 3D interface and UI navigation being implemented as part of the European Union Future Internet Technology Project (FI-WARE). CyberLightning is a key contributor to this multi-year program, working on technology to allow seamless integration of real world data in 3D virtual world environments.

CyberLightning is now engaging with several lead customers for pilot implementations of CyberVille. This includes Fortum Plc., a Nordic energy sector leader; Senate Properties, a State-owned enterprise under the aegis of the Ministry of Finance; Mustavaara Mine in Oulu Province, Finland; and a large-scale bridge and road project in China.

CyberLightning is paving the road to the 3D Internet of Things/Industrial Internet by offering tools to better understand complex information and improve business collaboration using stationary and mobile platforms. The company was founded in 2010 by a core team at the Center for Internet Excellence at University of Oulu, Finland. CyberLightning is a member of the IPSO (Internet Protocol for Smart Objects) Alliance and a Tizen Association partner. More information is available at www.cyberlightning.com