/ Analysis / Beyond Shovel-Ready: The Extent and Impact of U.S. Infrastructure Jobs

Beyond Shovel-Ready: The Extent and Impact of U.S. Infrastructure Jobs 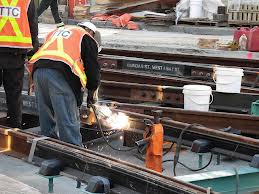 In 2012, 14.2 million workers were employed in infrastructure jobs across the country, accounting for 11 percent of national employment. Truck drivers, electricians, and civil engineers are among the occupations employing the most workers overall, the broad majority of whom (77 percent) focus on operating infrastructure rather than its construction (15 percent), design (6 percent), or governance (2 percent). At the same time, 9.1 million of these jobs are found in the nation’s 100 largest metropolitan areas, with logistics hubs like Memphis and Louisville having the highest share of workers involved in infrastructure-related activities.

Infrastructure occupations tend to offer more equitable wages compared to all occupations nationally, paying over 30 percent more to workers at lower ends of the income scale. Workers in infrastructure occupations earn significantly higher wages at the 10th and 25th percentile ($24,750 and $30,190) relative to all workers in the U.S. ($18,090 and $22,480). These not only include specialized occupations that pay above-average wages such as nuclear engineers and hydrologists, but also other sizable occupations such as telecommunication line installers and water treatment plant operators found in nearly every metropolitan area throughout the country.

More than 80 percent of workers employed in infrastructure occupations typically have short- to long- term on-the-job training, but only 12 percent hold a bachelor’s degree or higher and generally need less education to qualify for these jobs. Many infrastructure jobs have low barriers of entry in terms of formal education, including cargo agents, rail car repairers, and other trade occupations, which frequently rely on skills developed on the job. However, these workers still earn competitive wages across a variety of occupations, ranging from gas compressor operators to septic tank servicers.

Infrastructure occupations are projected to increase 9.1 percent during the next decade, including the need to replace more than 2.7 million workers. From 2012 to 2022, many infrastructure jobs are projected to grow by thousands of additional workers, led by fast-growing occupations such as wind turbine service technicians and solar photovoltaic installers. Critically, though, there will be a need to replace almost one quarter of this infrastructure workforce due to retirements and other employment shifts. This report sheds new light on the widespread contributions that infrastructure jobs make to the nation’s economy, including their importance at the metropolitan level. Since many of these jobs offer more equitable wages, require less formal education for entry, and are projected to grow over the next decade, they represent a key area of consideration for policymakers aiming to address the country’s ongoing infrastructure and jobs deficit.