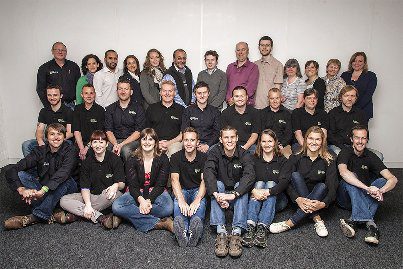 3D Laser Mapping is celebrating 15 years of business with a recruitment drive as the innovator in laser scanning looks to expand again. Since inception in 1999 the company has flourished; from humble beginnings in a small Nottinghamshire town to a global network of regional offices and partner organisations. Highlights from the pioneering company include development of the world’s most highly acclaimed mobile mapping system StreetMapper, launch to market of the only truly mobile, hand held, rapid laser mapping system ZEB1 and continued advancements in the use of laser scanning within the mining, environmental, engineering, defence and law enforcement sectors.

“It is fantastic to reach the 15 year landmark.  Laser mapping has very much come of age so it is rewarding to have been involved from the start,” says 3D Laser Mapping’s founder and Executive Chairman Dr Graham Hunter. “Sales are flourishing internationally and we are continually recruiting to help underpin significant expansion as our international client base continues to grow with organisations such as Balfour Beatty, Atkins, Golders, URS and COWI to mention a few.

3D Laser Mapping was established in 1999 with just 3 members of staff operating out of small premises in a small market town on the outskirts of Nottingham. In the last 15 years the company has expanded its UK operations relocating to new facilities in historic Bingham and expanding its accommodation to include a dedicated R&D facility. The company has also evolved into a world leader in laser scanning with offices in the Unites States of America, Australia and South Africa. 3D Laser Mapping’s global presence is enhanced with authorised distributors and partner organisations in China, Japan, Canada, South America and Europe.

Comments are disabled
NEXT ARTICLE
Beyond Shovel-Ready: The Extent and Impact of U.S. Infrastructure Jobs
May 9, 2014
PREVIOUS ARTICLE
Aligned Assets Release Risk Information Module For Local Government
May 9, 2014