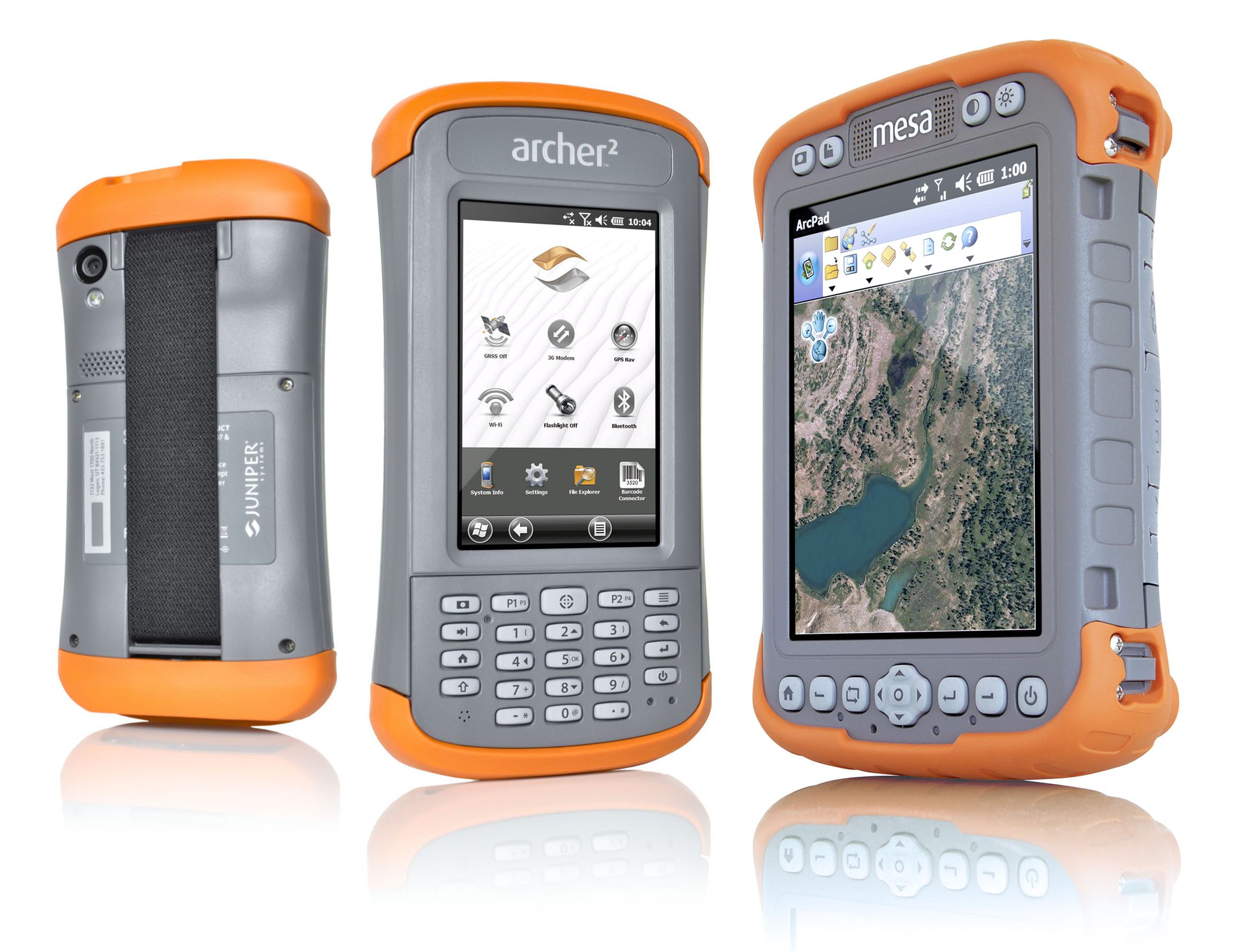 Rugged handheld computers from manufacturer Juniper Systems will be on show for the first time at a UK event. Following the recent international release of the Archer 2 handheld visitors to GEO Business 2014 will have the opportunity to get hands on to experience the user friendliness and market-leading functionality of this and other Juniper Systems devices. Juniper Systems will also be hosting a workshop at the event which takes place in London from the 28th to 29th May 2014 titled ‘How to get the most out of your rugged handheld’.

“With rugged handheld devices it’s really important for potential users to get hands on,” commented Simon Bowe, General Manager of Juniper Systems Ltd, “which is why we are attending GEO Business 2014. With such a huge range of potential applications, both the newly launched Archer 2 and the Mesa, the world’s first rugged notepad, offer a range of functionality and physical features which makes them the devices of choice for field mapping and data collection.”

The newly released Archer 2 features radical improvements in mobile rugged computing. The second-generation device includes an astonishingly bright sunlight visible display, extra-long battery life, as well as a high sensitivity GPS/GLONASS/SBAS receiver, all encased within a rugged IP68 construction. The Mesa is the world’s first rugged notepad; combining the functionality of tablet PC with features of a rugged handheld computer. With a large 5.7 inch high visibility colour VGA LCD, embedded Windows operating system, as well as GPS and camera enhancements, the Mesa is rugged enough for even the most challenging of environments.

“The workshop we are hosting on the afternoon of Wednesday the 28th May will give us the opportunity to share some tricks of the trade with both existing and potential mobile workers,” continued Bowe. “As designers and manufacturers of the most reliable rugged devices and with more than twenty years’ experience of intuitive field computing solutions, we know a thing or two about getting the most from your handheld.”

GEO Business 2014 is designed for professionals involved in the gathering, storing, processing and delivering of geospatial information. Combining a conference and an international trade exhibition the event is expected to attract more than 80 of the world’s leading suppliers of geospatial products and services. GEO Business 2014 will also feature a programme of live workshops and demonstrations featuring the latest innovations and technology on offer. GEO Business takes place from the 28-29th May 2014 at the Business Design Centre, Islington, London.

Comments are disabled
NEXT ARTICLE
Longview, Texas, Uses Cityworks in the Cloud
May 8, 2014
PREVIOUS ARTICLE
Berlin to host AVEVA World Summit 2014
May 8, 2014