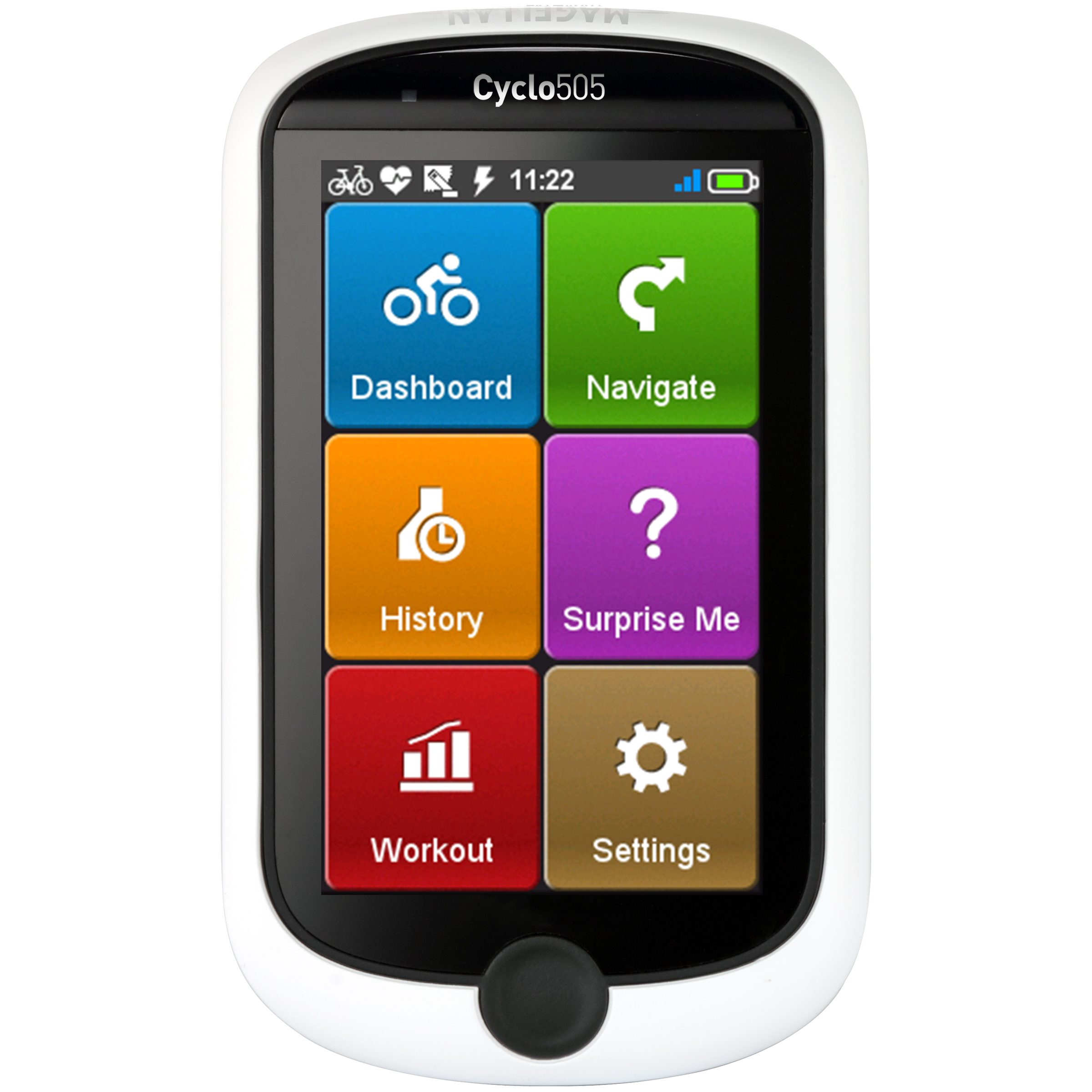 Magellan, a leader of innovative GPS devices for vehicles, fitness, outdoor, and mobile navigation, is launching its Cyclo 315 and 505 GPS cycling computers in North America that are designed to provide the most routing options, sensor support and connectivity for the serious cyclist. The Cyclo 505 is the first GPS cycling computer to include Shimano Di2 gear data display and recording*, Bluetooth Smart HRM/SAC sensor support, Android and iOS smartphone support for call and SMS notifications, Indoor ANT+ trainer support and enhanced ANT+ power meter support.

To help cyclists navigate with ease, the Cyclo units come complete with a highly detailed road network with cycling POI’s, enabling turn-by-turn navigation, as well as the very popular Open Street Map bike network, for either the U.S. or Canada.

“The Magellan Cyclo GPS line includes models that will appeal to the majority of bike riders in the U.S.,” stated Sam Muscariello, outdoor product marketing director for Magellan. “From the hardcore triathlete to the body armored mountain biker, even the weekend touring enthusiast, Cyclo has all the right features needed to take cyclists to the next level and help them reach their goals.”

“This platform is the result of extensive research and development based on the input of real world cyclists from around the globe,” added Stig Pedersen, associate vice president of product management for Magellan. “As a result, it is the most advanced, full featured and user friendly GPS cycling computer available in the market.”

Well known bike rider and blogger DC Rainmaker has had a chance to take a look at the Cyclo 505 that was launched in Europe and Australia in 2013, and had this to say about it in March 2014:

The number of ‘firsts’ here are pretty astounding. For example:

Relevant Information Where You Need It At 3″ in size, both Cyclo 315 and Cyclo 505 feature the largest touch screens in the GPS cycling computer category. The units are specifically designed with an intuitive and easy-to-use interface to show cyclists the information they need at a glance, such as performance metrics, turn-by-turn directions, and connected ANT+ sensor data. Cyclists can also customize the data on the screen so they see what they want, when they want it. With dual-mount capability, either unit can be placed for easy viewing on the stem, handlebar, or out front (universal and out front mounts are included in the box).

Other features of the Cyclo units include Surprise Me(TM) that suggests up to three graded loops based on time or distance; 4GB internal memory for recording time, speed, distance, altitude, and calories; and custom profiling input for road, city, or mountain bike attributes for optimizing routes.

Bluetooth and WiFi Connectivity Cyclo 505 adds Bluetooth Smart and WiFi connectivity to the Cyclo 315’s feature set. Built-in WiFi makes uploading new tracks and training data a breeze. Simply by pressing the “WiFi sync” button when wirelessly connected to the Internet, any saved routes and data from a ride are automatically synced to a rider’s Magellan Cyclo account. From there, it can be seamlessly and automatically shared with third-party sites such as Strava.

Cyclo 505 users enjoy iPhone and Android smartphone connectivity, so riders can see SMS messages and phone call alerts right on the Cyclo display. Cyclo 505 can also control a Bluetooth-enabled MP3 player. Additionally, the ‘Shake n Share’ feature allows wireless unit-to-unit route sharing with other Cyclo owners, so all riders within a group may follow the same route for added safety.