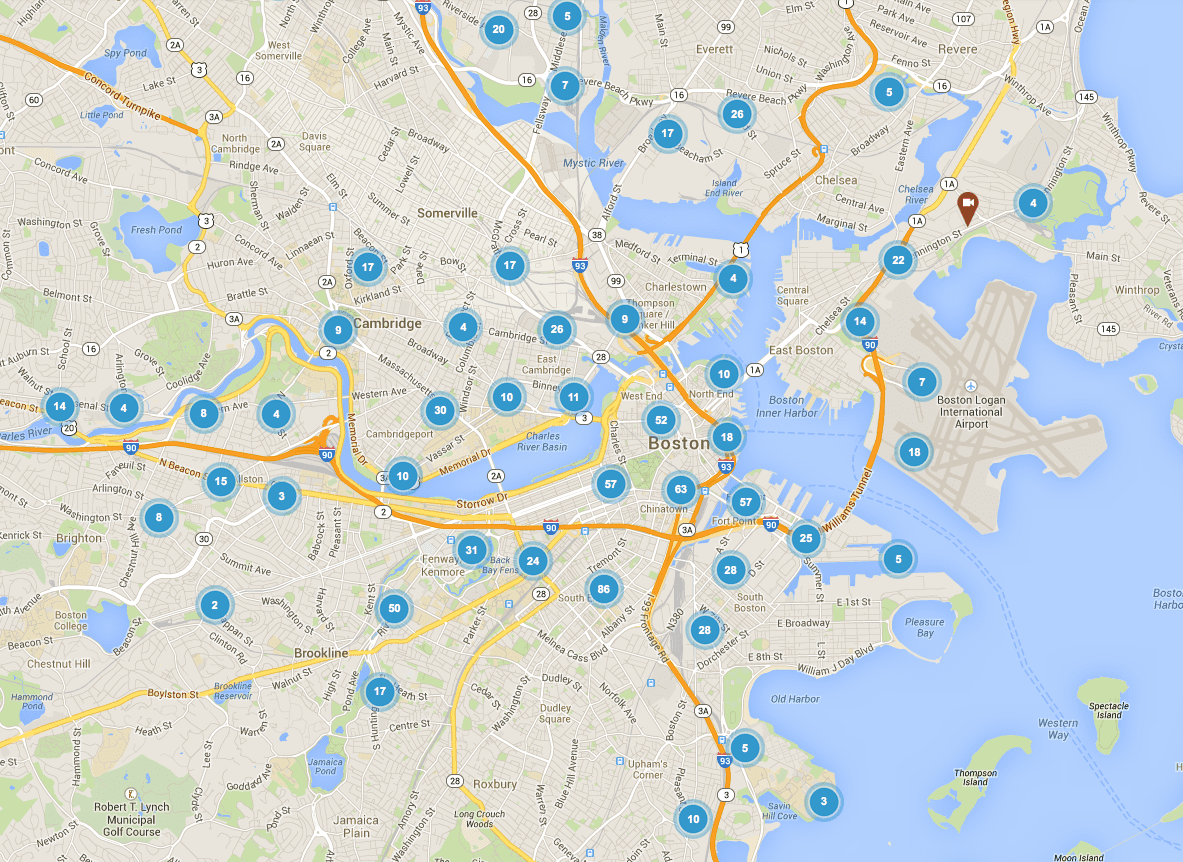 VideoSurveillance.com, a virtual security integrator, today announced the expansion of its CommunityCam initiative to Boston in time for the 2014 Boston Marathon. CommunityCam is a free, crowdsourced security camera map that creates consumer benefit in the network of privately placed cameras like the Lord & Taylor camera that captured footage of the Boston Marathon bombers last Presidents’ Day. The goal of CommunityCam is to provide local citizens and law enforcement with an innovative tool to anticipate, prevent and solve street crime.

“With the 2014 Boston Marathon rapidly approaching, we believe the timing is right to educate Bostonians about our CommunityCam service initiative,” said Josh Daniels, president and founder of VideoSurveillance.com. “As the entire world witnessed last year following the tragic bombing surrounding this historic event, video surveillance can be an incredibly useful tool in capturing criminals and can also have a deterrent effect on criminal activity.”

Daniels continues, “Our hope is that the knowledge of the more than 1,000 cameras plotted on the CommunityCam website — many of which are along the marathon route, including Boylston Street – will give participants and spectators of the 118th Boston Marathon greater peace of mind as they experience this world-class event.”

In an effort to build safer neighborhoods, VideoSurveillance.com has made CommunityCam a free website for anyone with Internet access. CommunityCam can be used by victims of crime to check for nearby surveillance cameras that may have recorded an incident, simply by visiting http://www.VideoSurveillance.com/CommunityCam. Individuals can then report the location of that camera to the police or ask neighbors for help.

CommunityCam users have plotted the location of more than 1,000 surveillance cameras in the Boston area to date, and over 10,000 in the U.S. overall. Boston neighborhoods that have been most heavily populated include Back Bay, Bay Village, Financial District, Fort Point, North End, South End, South Boston and West End. In addition, other communities such as Brookline, Cambridge and Kenmore Square have also been mapped extensively.

CommunityCam is intended to benefit a broad number of people, including cyclists, runners, and walkers, who are vulnerable to hit-and-run accidents. CommunityCam gives these groups the power to know where cameras are located so they can plan safer, monitored routes in and around the city.

About CommunityCam
CommunityCam™ is a trademark of VideoSurveillance.com, a virtual security integrator that specializes in the design and configuration of custom IP video security camera systems. Established in 2008, the Portland, Ore based company provides professional-quality security solutions to customers throughout the USA and worldwide.  As IP video and security experts, the company’s sales and technical support staff maintain advanced training certifications from leading IP video manufacturers including Axis, Avigilon, Milestone, Mobotix, Optica, Panasonic, Smartvue and Sony. The company provides security solutions to customers large and small, from thousands of small businesses to large corporate and governmental organizations including Bed Bath & Beyond, Harvard University, Lockheed Martin, NASA, US Postal Service and Xerox.