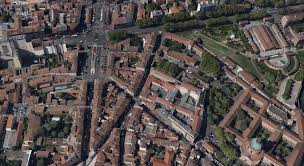 Airbus Defence and Space, the world’s second largest space company, has signed a contract with PASCO Corporation, Japan, for the installation of the Street Factory 3D urban mapping solution at one of its production facilities in Japan, thereby completing PASCO’s Pixel Factory processing suite.

Launched in July 2012, Street Factory is a fully integrated solution enabling rapid and fully automatic processing of images from any aerial or street camera for the generation of a 3D textured database. These realistic and precise 3D data are used in 3D modeling and visualization in fields including urban planning, risk management, defense and telecommunications.

Street Factory helps to tackle challenges in these areas by providing accurate 3D models, with intricate details and distortion-free imagery. This 3D modeling is fully automatic and processed within hours after acquisition, regardless of the sensor. Street Factory also includes a versatile 3D-viewer that is compatible with all standard operating systems, featuring 3D measurements, water-level simulation, integration of GIS databases, and more.

With the acquisition of Street Factory, PASCO now owns the most powerful of the 45 geo-processing systems deployed worldwide today. It is also the only company to own the complete range of geo-processing solutions proposed by Airbus Defence and Space, allowing it to cover the entire range of geo-information data production (including DEMs, ortho images and urban3D models) derived from satellite and aerial data. It will become the first Japanese company to create high accuracy automatic 3D databases, even in dense urban areas.

This contract marks a fresh milestone in the long-term collaboration between Airbus Defence and Space and PASCO, which initially signed for the first Pixel Factory in 2004.  The company already has one Pixel Factory in Tokyo at its Research and Development Centre, as well as two interconnected in its production centre in Okinawa, where the Street Factory has been installed.

Further to the receiving station contract for TerraSAR-X and Pléiades, signed in 2011, as well as to the exclusive Pixel Factory Distribution Agreement for the Japanese market signed in 2012, PASCO has repeatedly demonstrated its trust in Airbus Defence and Space’s highly advanced Geo-Intelligence data production systems for large scale national and international projects.