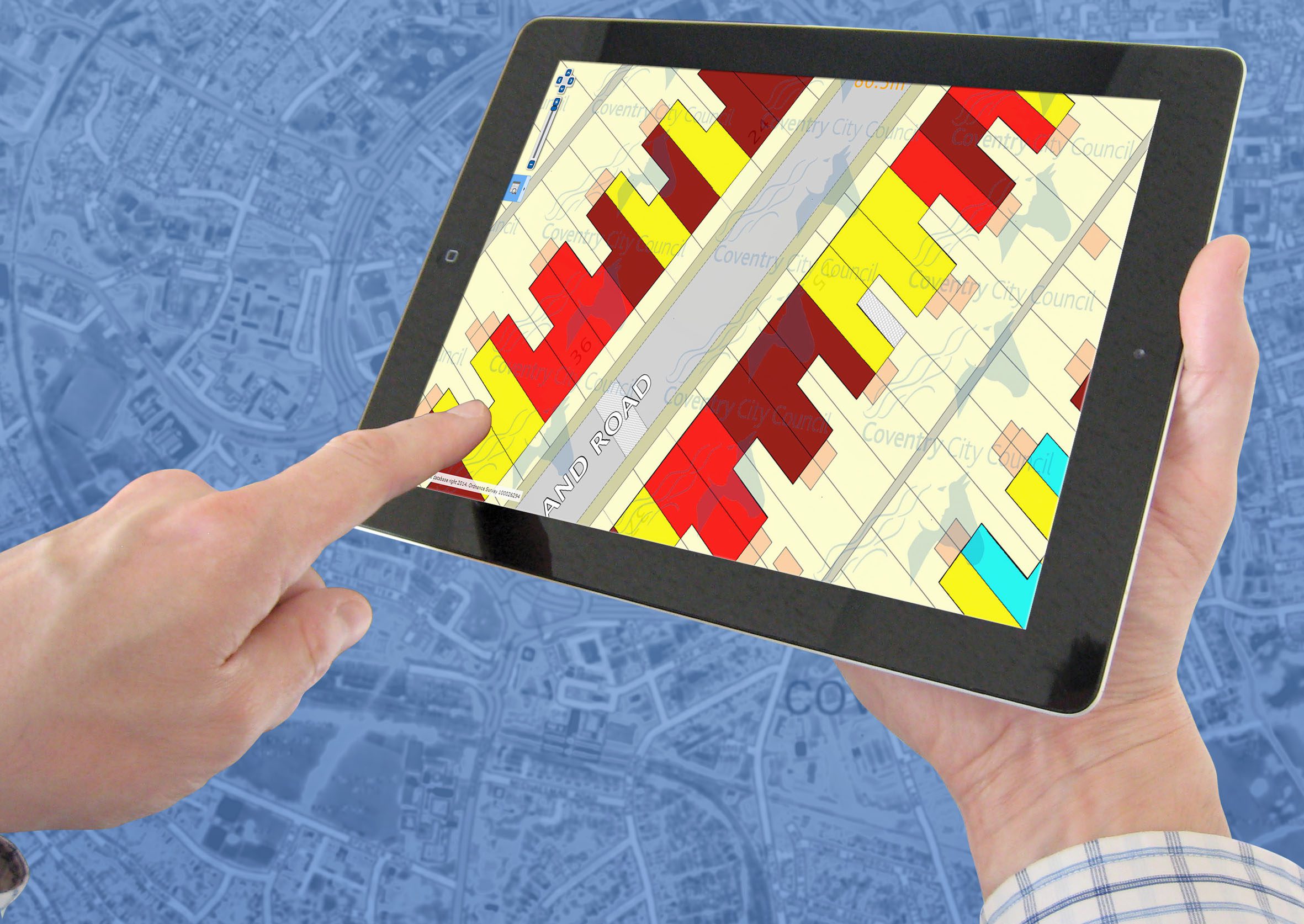 Coventry City Council is helping residents stay warm with targeted advice and support for those with poor insulation or at risk of fuel poverty. Using map accurate thermal infrared images the Council can compare heat loss between neighbouring properties accurately identifying households that may require energy efficiency improvements or even help with their fuel bills.

The colour coded map has also been published on the Council’s website and a media campaign is urging residents to look up their house online and if need be look in their loft to check they have the recommended 270 mm of insulation. Coventry City Council’s thermal survey and heat loss map was captured and created by Leicestershire based Bluesky using specialist equipment mounted on an aerial survey plane which flew over the city on a cold winter’s evening. “The online version of the map is an easy way to help raise public perception and awareness,” commented Councillor Abdul Khan, Cabinet member for energy and environment at Coventry City Council. “By simply entering their postcode residents can compare how much heat is being lost from their house compared to other similar properties. For those homes that show higher levels of heat loss we’re suggesting residents open their loft hatch and check there’s adequate insulation up there!”

The map accurate data from Bluesky are also being used by the Council within their Geographical Information System. By comparing the colour coded map with additional intelligence, such as housing stock data, demographic profiles and even information relating to households entitled to benefits, the Council can target vulnerable and at risk households more efficiently.

“By matching the thermal survey data to other intelligence we can be really confident we are identifying as many households as possible that may require advice or extra support during the cold winter months,” concluded Cllr Khan. “We are also hoping to continue Coventry’s good work in reducing carbon emissions; down by a quarter in just six years much of which can be attributed to improvements in the energy efficiency of domestic properties.”

Thermal surveys, such as the one commissioned by Coventry City Council, are flown during the winter months, in the early evening and after sunset, in order to capture the widest variations in temperature that can occur as a result of poor insulation or excessive energy consumption. The thermal surveys are undertaken using a ‘microbolometer’ thermal camera specifically designed for airborne surveying and ideal for use in aircraft flying at night. It allows measurements of heat loss from property roofs to be recorded with higher precision and more consistent results than other systems currently in use in the UK.

Bluesky has unrivalled expertise in the creation of seamless, digital aerial photography and maintains national “off the shelf” coverage of aerial photography, DTM and DSM through an on-going update programme.  By purchasing a world first sensor for the simultaneous capture of LiDAR, Thermal and Aerial Photography data Bluesky is in an enviable position of being able to provide customers with unique and cost effective solutions.