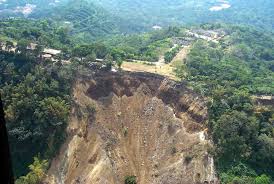 Eight people were dead and at least 18 were still missing nearly two days after a landslide in Washington state buried homes and cars under mud and tangled debris up to 15 feet deep, authorities said.

The search for victims was due to resume early on Monday after dangerous, quicksand conditions forced rescue workers to suspend their efforts at dusk on Sunday. Some workers had to be dragged to safety after becoming mired in mud to their armpits.

The landslide was triggered after rain-soaked embankments along State Route 530 near Oso, Washington, about 55 miles northeast of Seattle, gave way on Saturday morning, washing away at least six homes.

Comments are disabled
NEXT ARTICLE
Isotrak and Intelligent Telematics Launch In-cab Camera Solution at the CV Show
March 24, 2014
PREVIOUS ARTICLE
A Decaying Tangle of Gas Pipes Beneath Our Cities
March 24, 2014