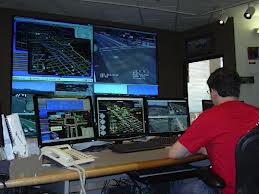 With more than two-thirds of the global population expected to live in urban contexts by 2050, the deployment of smart cities technologies and intelligent transportation services in particular, will become key policy areas for local governments. By 2025, penetration of ITS technologies in smart cities will range from 20% (autonomous vehicles) to 98% (traffic management).

“While numerous smart city projects are currently testing or deploying multimodal transportation, traffic management, adaptive traffic signaling, transit ticketing and smart parking payment solutions, the focus will shift to urban tolling and freight systems to address rampant congestion and pollution issues, especially in developing regions. However, more structural approaches based on eMobility, cooperative ITS and V2I, autonomous vehicles, and widespread adoption of car sharing and on-demand taxis will be needed by the start of the next decade to cope with the unstoppable urbanization trend,” says Vice President and Practice Director Dominique Bonte.

Meanwhile, inter-vertical technologies such as Vehicle-to-Grid (V2G) will be required to realize the synergies offered by an urban IoT strategy. In this respect, it is essential city governments and technology providers adopt holistic approaches maximizing the combined effect of technologies within and across the energy, transportation, communication, education, retail, construction, public services, and healthcare verticals in order to unlock the full potential of smart cities in terms of sustainability, quality of life, efficiency, and economic growth.

Unfortunately, many smart city projects remain fragmented and/or hijacked for gaining political capital on the back of public funding, especially in Europe. Other issues include complexity, high costs, lack of standards, reluctance to share data, and privacy concerns. For the smart cities conundrum to emerge as a viable concept, it will have to emancipate and leave its old heritage behind.