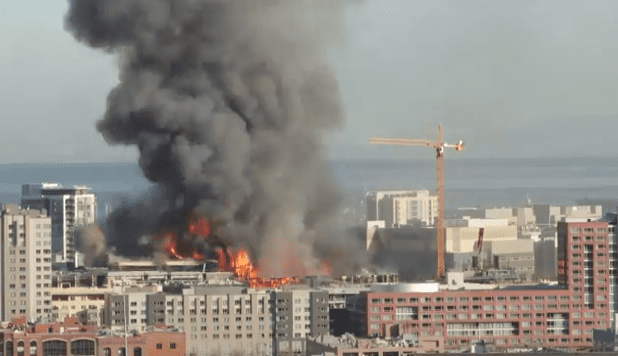 The five-alarm fire that destroyed a San Francisco apartment building this week put the city’s municipal water supply to the test: When water pressure began to dwindle, firefighters tapped an emergency system that was built below the city—all the way back in 1913.

Firefighters ran hoses several blocks away to a different set of hydrants, which are connected to the city’s backup water network. Created in response to the 1906 earthquake, where 80 percent of the city’s buildings were lost to fire, the system is, essentially, emergency-proof: It’s powered by gravity from a pair of water tanks located atop the city’s biggest hills.