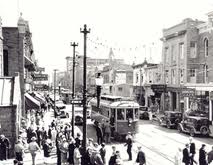 Canada’s federal government recently announced $14 billion in new funding to help municipalities repair and replace aging infrastructure, such as roads, bridges, sewer lines, energy production and distribution systems, and subways and other public transit. About $1 billion is dedicated to smaller communities, but most of the funding will target urban areas, which makes sense.

Over 80 per cent of us live in large centres like Montreal, Toronto and Calgary, as well as rapidly growing communities like Regina, Surrey and Markham. This increasing concentration of people in cities is consistent with rapid urbanization over the whole planet. Now more than half the world’s population resides in urban mega-regions — and these are increasingly driving the global economy.