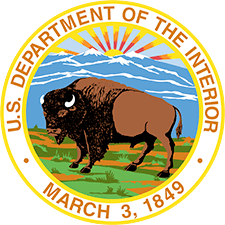 The Bipartisan Infrastructure Law delivers the largest investment in tackling legacy pollution in American history, including through a $4.7 billion investment to plug orphaned wells. These legacy pollution sites are environmental hazards and jeopardize public health and safety by contaminating groundwater, emitting noxious gases and methane, littering the landscape with rusted and dangerous equipment, and harming wildlife. Secretary’s Order 3409 establishes a new Program Office at the Department under the Assistant Secretary for Policy, Management and Budget to ensure timely and transparent implementation of the new program and to enable better communication with states, Tribes and other partners. The office will be led by Director Kimbra Davis, who has served at the Department since April 2009, with support from staff with deep expertise in orphan well remediation and Tribal engagement.

“Through President Biden’s Bipartisan Infrastructure Law, we are making a historic investment to tackle legacy pollution—the largest in American history. As part of this effort, the Department is standing up a new office to support states, Tribes and federal land managers as they close and remediate orphaned oil and gas wells that pose environmental hazards to communities across the country,” said Secretary Haaland.

Orphaned oil and gas wells pollute backyards, recreation areas, and community spaces across the country. Methane leaking from many of these unplugged wells is a serious safety hazard and is a significant cause of climate change, being more than 25 times as potent as carbon dioxide at trapping heat in the atmosphere. The historic investments to clean up these hazardous sites will create good-paying union jobs, catalyze economic growth and revitalization, and reduce harmful methane leaks.

This year, the Department has allocated an initial $33 million to clean up 277 orphaned wells in national parks, national forests, national wildlife refuges and other public lands, and distributed the first $560 million in initial grants to states to set up well plugging infrastructure and address high-priority wells. Guidance, informed by Tribal consultations and listening sessions, has also been shared to direct Tribes on how to apply for the first $50 million in funding to address orphaned wells on Tribal lands.

Plugging orphaned wells will help advance the goals of the U.S. Methane Emissions Reduction Action Plan, as well as the Interagency Working Group on Coal and Power Plant Communities and Economic Revitalization, which focuses on spurring economic revitalization in hard-hit energy communities.

About the U.S. Department of the Interior

The Department of the Interior (DOI) conserves and manages the Nation’s natural resources and cultural heritage for the benefit and enjoyment of the American people, provides scientific and other information about natural resources and natural hazards to address societal challenges and create opportunities for the American people, and honors the Nation’s trust responsibilities or special commitments to American Indians, Alaska Natives, and affiliated island communities to help them prosper.