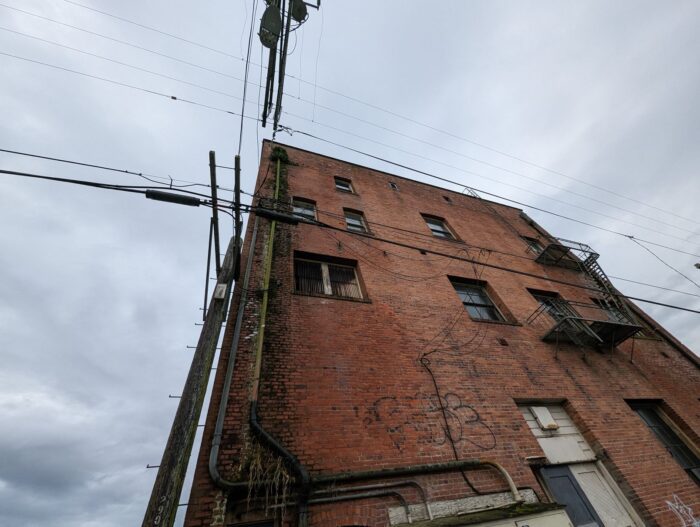 FERNDALE, CALIFORNIA – Miyamoto International teamed up with local and state authorities to assess the damage after a 6.4 magnitude earthquake woke up the north coast of California early Tuesday morning.

Miyamoto experts began a survey of the damage after a magnitude 6.4 earthquake shook the coastal area of Northern California, resulting in at least two deaths and more than seventeen injuries. The earthquake struck shortly after 2:30 a.m. Tuesday with an epicenter 8 miles west of the small city of Ferndale and has been followed by dozens of aftershocks. The earthquake caused significant damage to roads and buildings. At least 30 residences have been determined “structurally unsafe”. First teams responding say that Humboldt County, had taken the brunt of the damage.

As of Tuesday afternoon, the region had experienced more than 50 aftershocks after the initial quake. Miyamoto experts are currently focusing on ensuring residents are safe.

“Our priority from the very beginning is to save lives,” said Miyamoto’s Senior Project Engineer, Carl Abinader.

“We want people to go back to normalcy as soon as possible, so the first thing we are doing is checking on residents and making sure the structures are safe and evaluate retrofitting solutions.”

The Miyamoto team traveled to Ferndale to report on the performance of structural systems. Carl shares his hands-on experience below:

It was a dark and chilly night as I prepared for my journey to Ferndale. I was sent to report on the structural systems’ performance after the 6.4 magnitude earthquake that struck three miles off the coast two days ago. The car tire light flashes on the dashboard, and I’m forced to make a stop to investigate, I retrieved my tools and prepared for the worst, but fortunately, it was just a faulty sensor, so I was able to get back on the road quickly.

The sky is aglow, the enchanting scent of the deep forest trees fills the car. The sight of the towering redwoods blanketed in fog is utterly majestic. I have only one more hour until I reach the area that was most heavily affected by the recent earthquake.

I arrived in the first two villages on my journey, Garberville and Phillipsville, situated approximately 60 km (37 miles) from the epicenter. The villages experienced a peak ground acceleration (PGA) of 10% G, however, no structural or façade damage was reported by tenants. Most of the damage reported was from items tipping over. Additionally, a steel bridge under construction was jacked at a pier with its bearing removed, yet no movement or damage was noted. 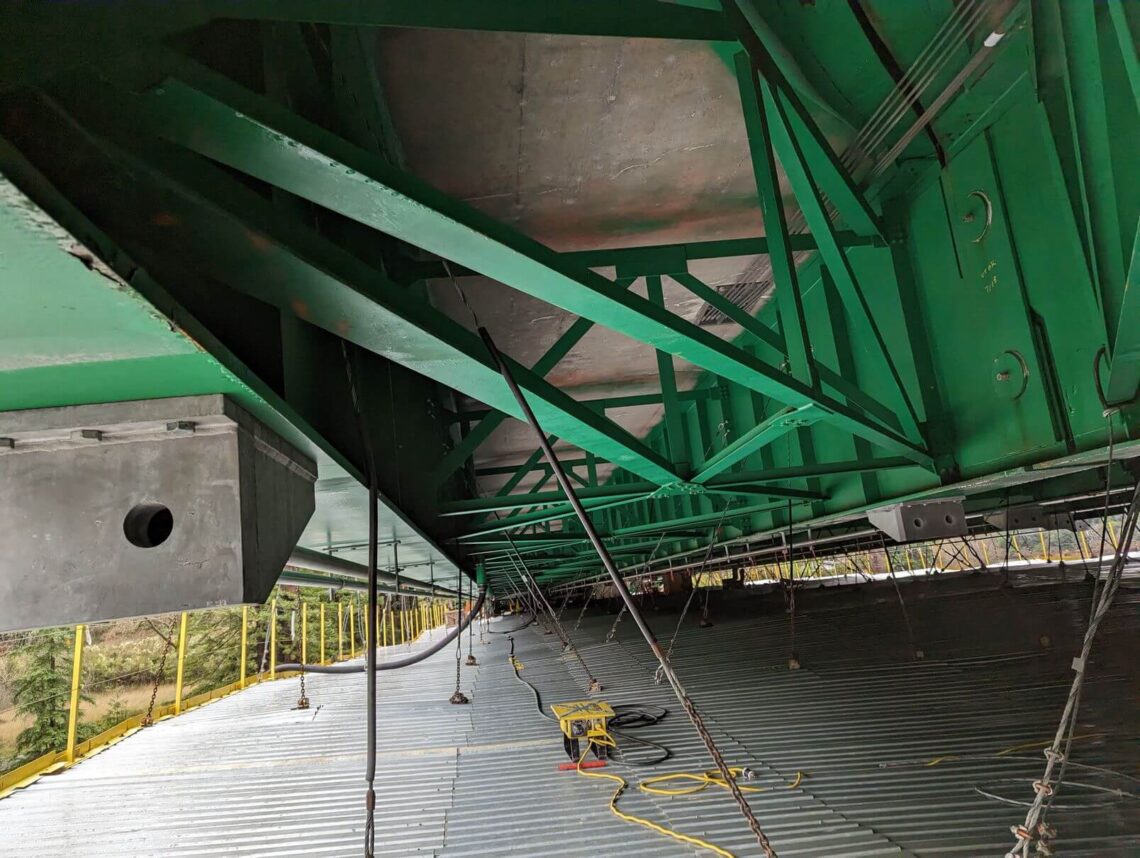 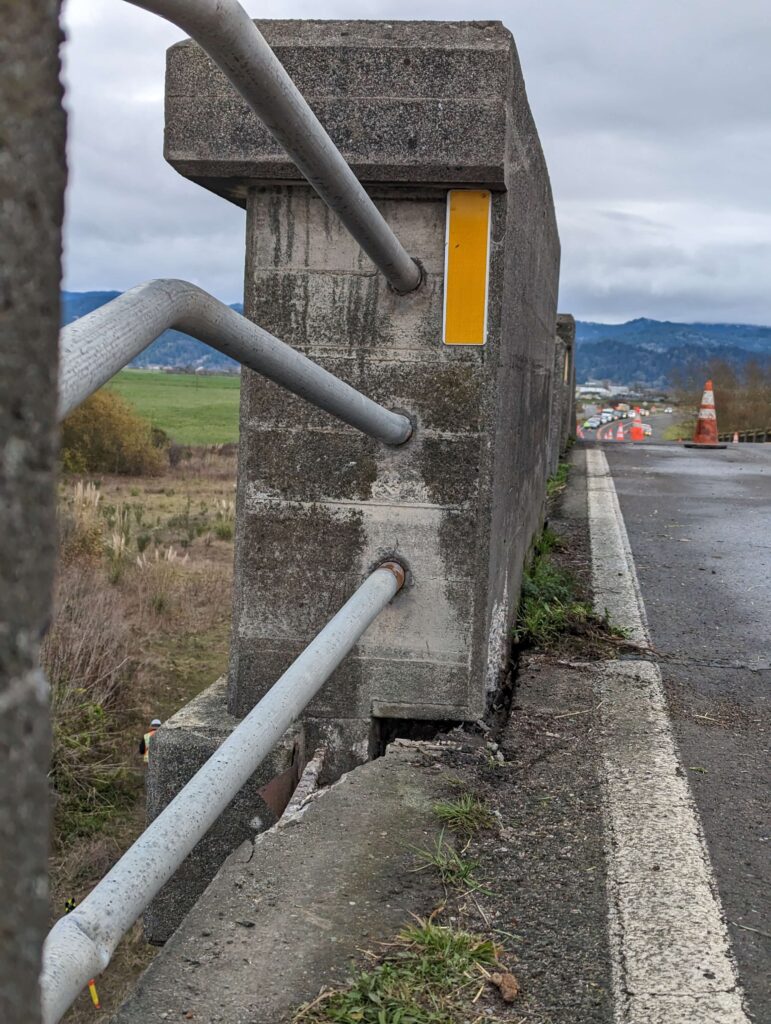 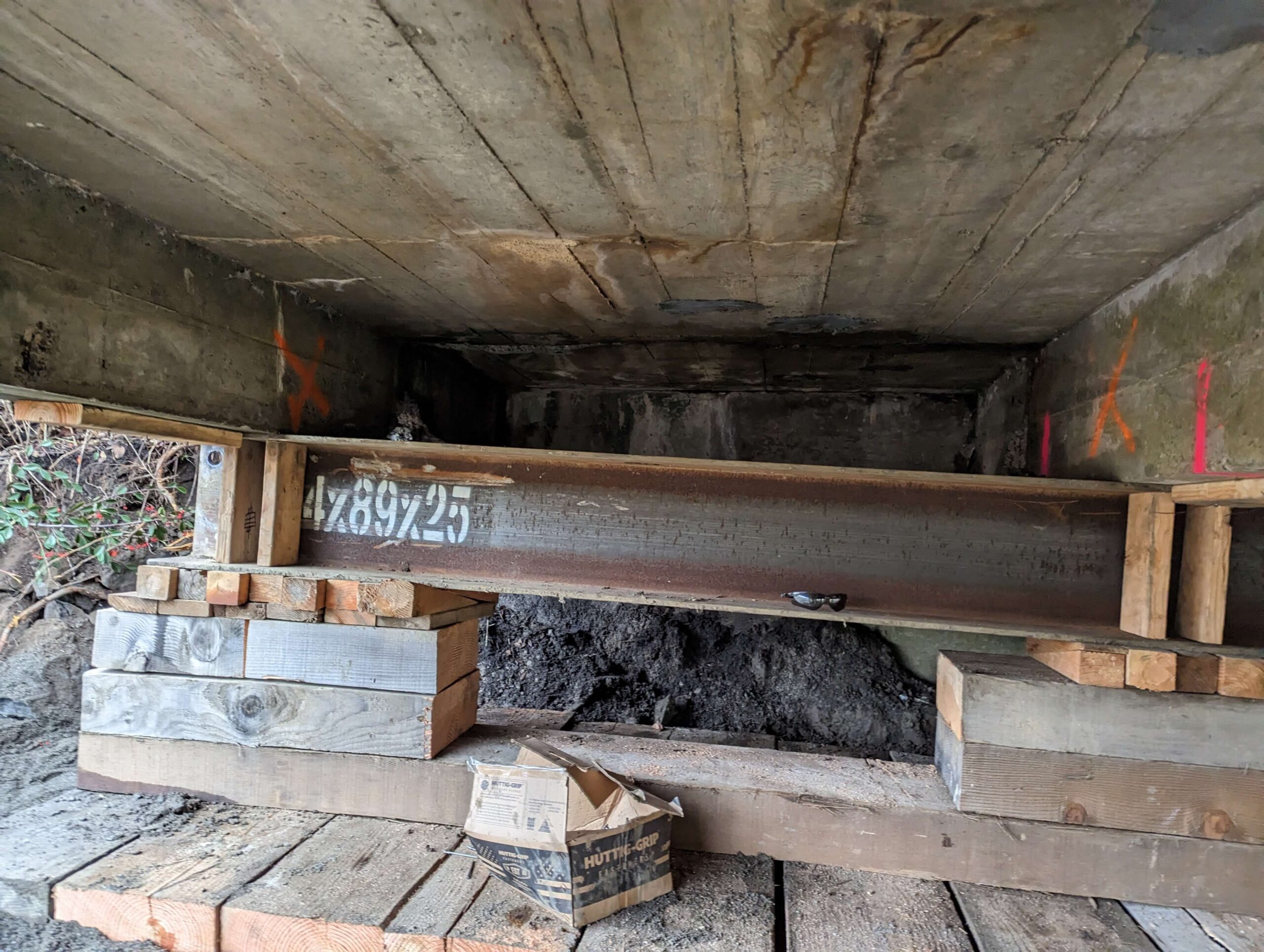 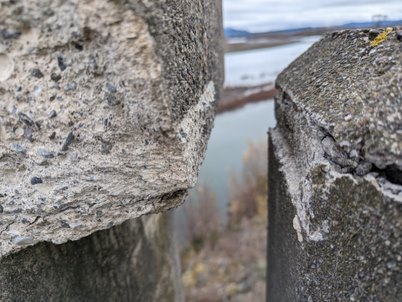 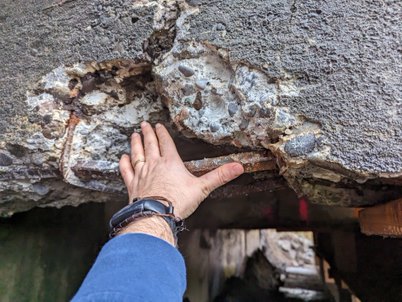 I arrived at the Fernbridge, the only major entrance to Ferndale, the nearest village to the epicenter. Caltrans and Myers were on the scene, where significant construction work was taking place. The bridge railing had severely buckled in numerous locations, and several of the short columns had sustained joint damage. This reinforced concrete arch bridge, built in 1911, was not designed with ductility in mind. Additionally, concrete crushing was also noted, and a large crack in the pier was observed. The majority of damage was concentrated in the first span, with a peak ground acceleration (PGA) of approximately 45% g recorded near the bridge. There is also potential for liquefaction in the area, which may have contributed to the damage observed.

Once I arrived in Ferndale, the village closest to the epicenter, I was relieved to find that the structures had not sustained significant damage. The wooden houses had fared surprisingly well in the earthquake, and the only damage to the Ferndale school was minor and no major drift was observed.

We met with the city of Eureka to investigate a number of Unreinforced Masonry (URM) buildings, which are known to be particularly vulnerable to seismic events. With few high-rise URM buildings in the area, most having already been replaced with newer structures, we focused our attention on three similar URM structures in design and construction.

One of the buildings had undergone an incomplete and inadequate retrofit and was fortunately vacant during the earthquake. The other two had been fully retrofitted; one with Base Rocking Bearing Frames (BRBFs) and the other with friction dampers added to their lateral systems. 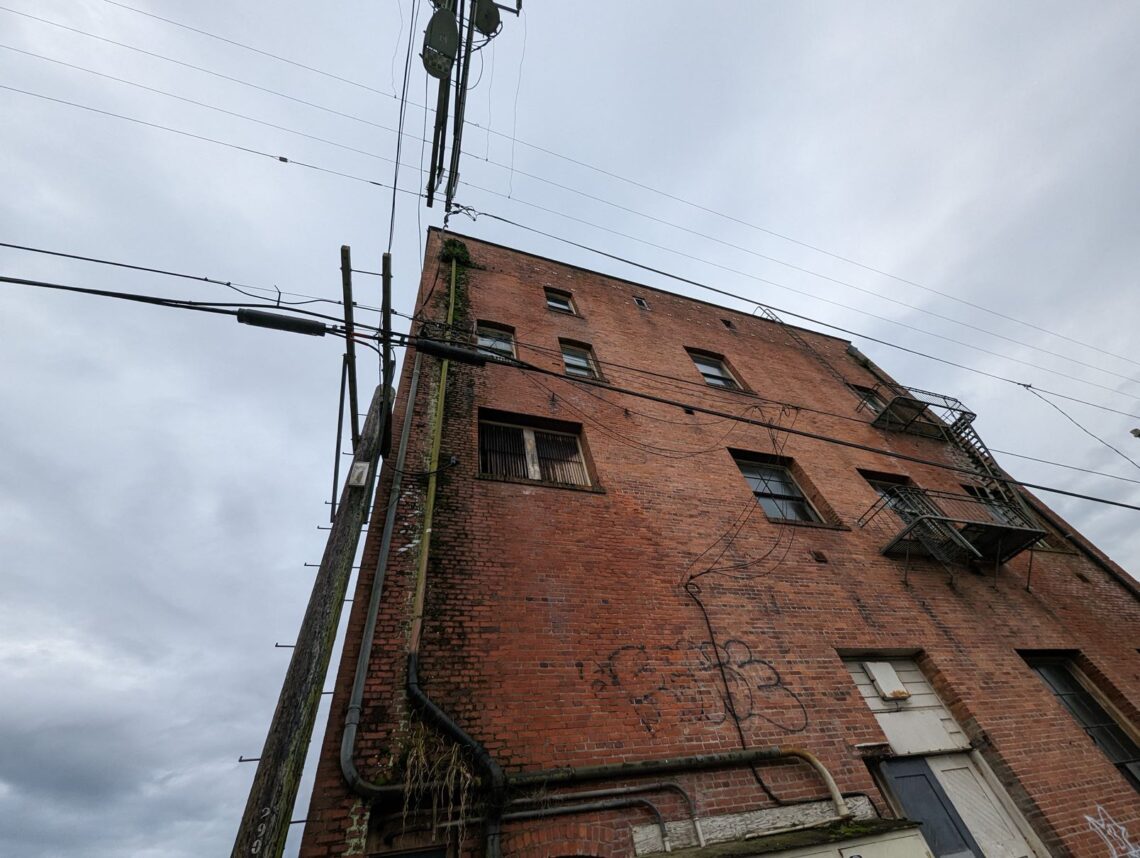 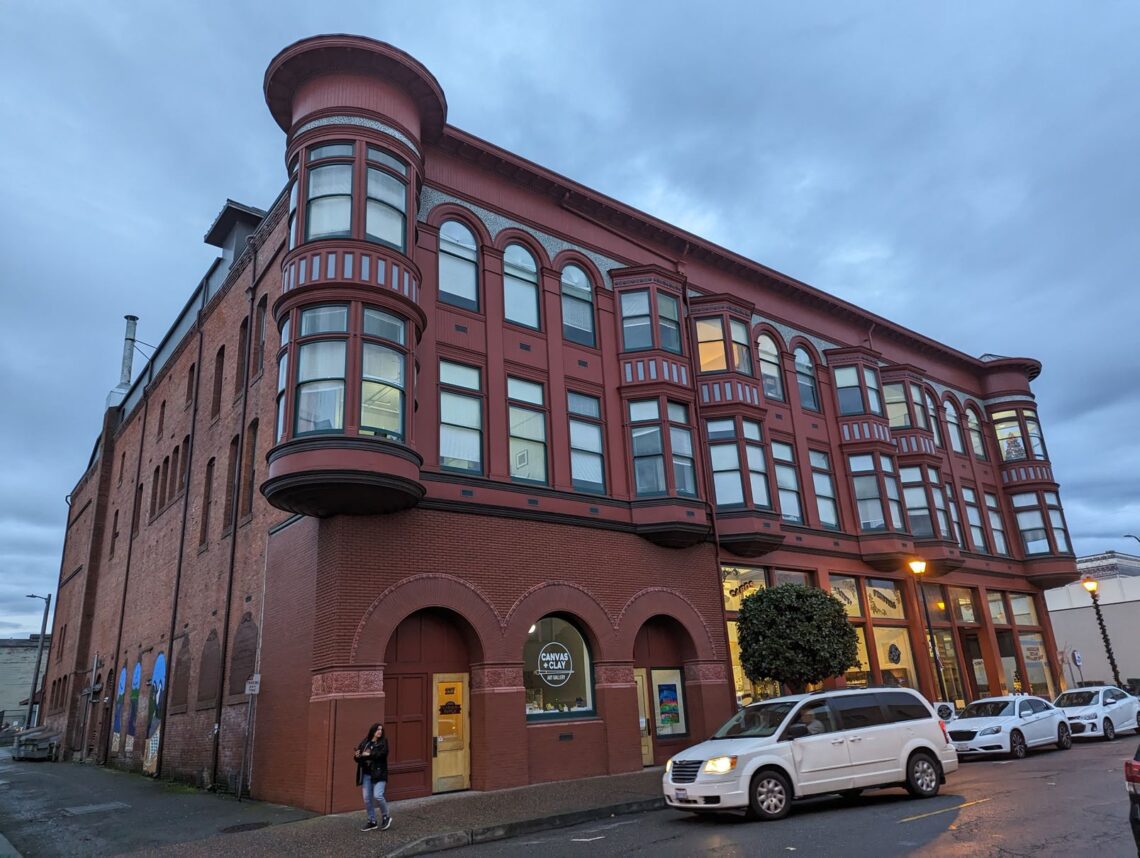 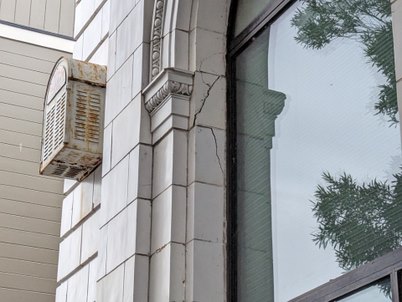 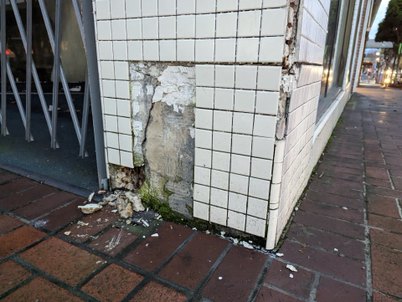 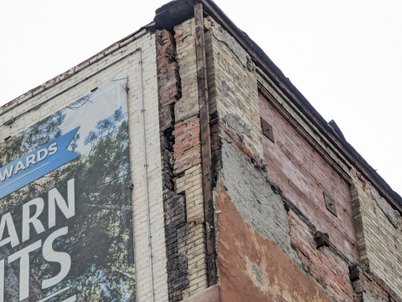 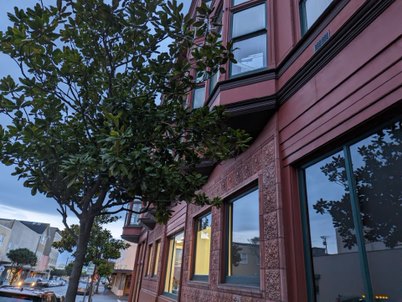 The URM building that had not been adequately retrofitted suffered extreme damage during the earthquake and is now at risk of collapse, potentially requiring demolition. On the other hand, the two buildings that had been retrofitted showed little to no damage and were able to continue operations following the earthquake.

Acceleration in the area is estimated at 30%g at 15 km from the epicenter, emphasizing the potential benefits of retrofit in buildings of this nature. It is clear that, in this instance, the retrofits have improved the performance, safeguarded lives, and protected these heritage buildings even at these moderate accelerations.

After this first visit, I noted a few additional points:

With all these facts in mind, life is almost back to normal in many towns; you would hardly be able to tell that an earthquake had occurred just two days ago, as most buildings suffered minimal to no damage. Recovery has been incredibly fast, and a stark contrast to what would have occurred a few decades ago. This serves as a testament to the immense progress that engineers have made, and how well-crafted and effective our efforts have been in saving lives.

Carl is an experienced Structural Design Engineer with a demonstrated history of working in the design industry. Skilled in Structural Engineering, SAP2000, and Earthquake Engineering.