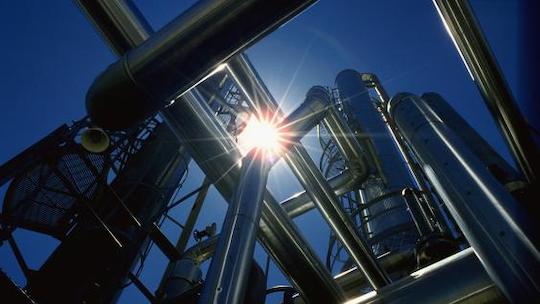 HOUSTON – Europe is facing high natural gas prices and high uncertainty due to the substantial reduction in Russian imports, and this winter is only the beginning, according to a new report from Rice University’s Baker Institute for Public Policy.

After Russia’s invasion of Ukraine, energy security is at top of mind for most European policymakers and the general public. The report, from experts at the Baker Institute’s Center for Energy Studies, analyzes three scenarios for Germany this winter, through next year and into next winter — and all show the gas market balance as “precarious” throughout.

An interactive dashboard to assess possible outcomes is available here.

“Management will require fuel-switching, demand-rationing and a concerted effort to bring new gas supplies to Europe, all while policymakers must thread the needle of keeping energy supplies affordable for the general public,” wrote co-authors Ken Medlock, Anna Mikulska and Luke (Leelook) Min.

The impacts of reduced Russian natural gas supplies to Europe have spillover effects for the world, the authors argue. The report focuses on Germany as a case study for the European market and the issues that the European Union will face. Germany is its largest economy and relies on natural gas for manufacturing — meaning the country has a large effect on gas availability and economic performance in the EU as a whole.

Large industrial consumers are already feeling the effects. Consumption was reduced by 27.4% in October 2022 compared to average in the years 2018-2021.

New liquified natural gas (LNG) imports and additional pipeline supplies from other producing regions are not enough to make up for the almost 40% Russian market share in Germany — similar to the percentage in the EU as a whole. Recently, European LNG terminals have been operating at maximum capacity in an effort to fill storage for the coming winter, according to the report.

“Already, European demand for LNG imports forced LNG prices to new and unprecedented highs, driving a redirection of marketed volumes away from Asia to Europe,” the authors wrote. “This stands in stark contrast to the status quo that generally persisted previously, in which Europe was viewed as a ‘market of last resort’ for global LNG volumes.”

The global market will not be able to rapidly adjust to make up for lost Russian gas supplies into Europe due to infrastructure and logistical constraints, the authors argue. Infrastructure projects like the Nord Stream 2 pipeline deterred investments into other sources of supply. Therefore, the historical reliance on Russian natural gas has set the stage for difficulties to persist and possibly become even worse in 2023, according to the report.

To schedule an interview with Medlock, Mikulska or Min or for more information, contact Avery Franklin, media relations specialist at Rice, at averyrf@rice.edu or 713-348-6327.

The Baker Institute for Public Policy provides meaningful policy analysis on the most critical challenges facing Texas, the U.S. and the world. It is a non-profit, nonpartisan policy research organization based at Rice University in Houston, Texas. Founded in 1993, the institute is ranked the No. 1 university-affiliated think tank in the world and the No. 1 energy think tank in the world. Learn more about the institute at www.bakerinstitute.org or on the institute’s blog, http://blog.bakerinstitute.org.

Located on a 300-acre forested campus in Houston, Rice University is consistently ranked among the nation’s top 20 universities by U.S. News & World Report. Rice has highly respected schools of Architecture, Business, Continuing Studies, Engineering, Humanities, Music, Natural Sciences and Social Sciences and is home to the Baker Institute for Public Policy. With 4,240 undergraduates and 3,972 graduate students, Rice’s undergraduate student-to-faculty ratio is just under 6-to-1. Its residential college system builds close-knit communities and lifelong friendships, just one reason why Rice is ranked No. 1 for lots of race/class interaction and No. 1 for quality of life by the Princeton Review. Rice is also rated as a best value among private universities by Kiplinger’s Personal Finance.