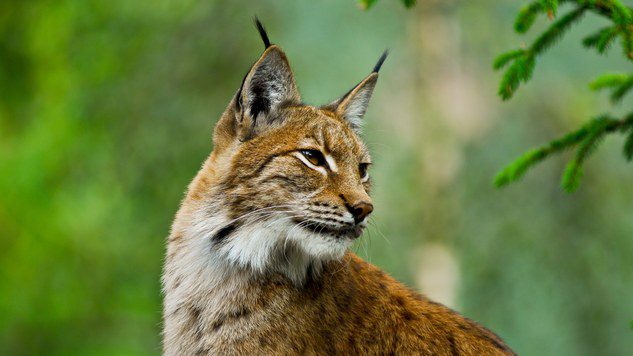 The EEA report, ‘Spatial analysis of green infrastructure in Europe‘, maps a network of natural and semi-natural spaces and other environmental features in Europe with a good capacity to deliver  ‘ecosystem services’. These include air filtration, erosion protection, regulating water flow, coastal protection, pollination, maintaining soil structure, water purification, and carbon storage. The report also identifies key habitats for large forest-dwelling mammals and the analysis of connectivity among them.

This experimental methodology, applicable at different scales, indicates that healthy areas of green infrastructure cover approximately a quarter of Europe’s land. In many cases, these areas are also home to Europe’s large wild animals, including the brown bear, wolf, reindeer and lynx. This underscores the need for effective conservation and restoration, the report says.

Roads, towns and other developments continue to fragment habitats, splitting wildlife populations into smaller groups, reducing the gene pool and making species more vulnerable to pressures such as climate change. The report authors map several corridors where the environment could be restored in order to reconnect habitat fragments.

There is some uncertainty in this analysis, the report notes. However, it provides a useful starting point for identifying priority areas for conservation and potential restoration.

The multiple benefits of green infrastructure were highlighted in EU Green Infrastructure Strategy, published last year. For example, in cities trees and green areas can prevent flooding, reduce air pollution and reduce noise levels. In addition, using natural systems in this way can often be cheaper and more robust than the typical ‘grey’ infrastructure such as concrete flood barriers. Many more examples are explained in a recent publication from the European Commission.