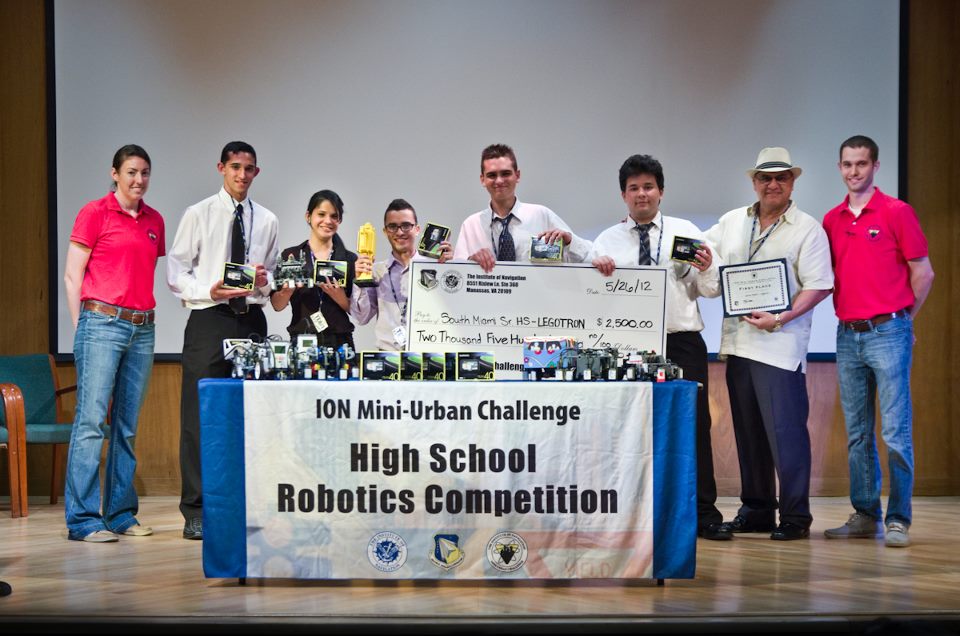 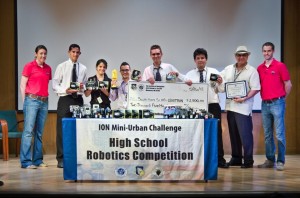 The Institute of Navigation Mini-Urban Challenge 2012 National Robotic Competition held on May 26, 2012 in Washington, DC.

The Institute of Navigation (ION) announces that South Miami Senior High School won the 2012 ION Mini-Urban Challenge held Saturday, May 26, 2012 at the Smithsonian’s Lemelson Center for the Study of Invention and Innovation at the National Museum of American History.

Sponsored by the Institute of Navigation and the Air Force Research Laboratory (AFRL), the ION Mini-Urban Challenge is a national event that challenges high school students to work in teams to design and operate a robotic car, built from a LEGO® Mindstorms NXT kit that can accurately navigate autonomously through a model city. The competition is intended to expose students to the areas of science, technology, engineering, and mathematics (STEM).

More than 600 students from 66 high schools competed in five regional competitions held in Louisiana, Florida, California, Washington, DC and Ohio.  First and second place winners from each of the five ION Mini-Urban Challenge Regional Competitions were invited to compete in the National Competition. Each team was judged based on their cumulative scores earned throughout the competition phases: 30% of the total score was based on a technical presentation; and 70% of the total score was based on the course navigation portion of the competition.

Further details for the ION Mini-Urban Challenge are available at www.MiniUrbanChallenge.com

About ION
The Institute of Navigation is the world’s premier professional society dedicated to the advancement of the art and science of positioning, navigation and timing. The Institute is a national organization whose membership spans worldwide. Additional information about the ION can be found at http://www.ion.org.