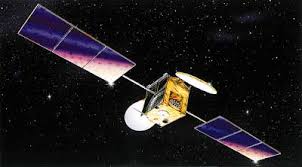 Inmarsat, a leading global provider of satellite M2M services to the transportation, energy and government markets, will join the International M2M Council (IMC), a new trade association formed to promote the use of communications between machines, announced the IMC. The company believes that the IMC will be a key component in establishing machine-to-machine communications – sometimes referred to as the Internet of Things (IoT) – among enterprises searching for new business models.

“We think it’s absolutely crucial to build awareness of satellite networks among companies looking to deploy new business models that are dependent on maintaining connectivity with assets, no matter where they are located. Our global network offers real-time IP data and ‘store and forward’ services designed for machine-to-machine connectivity, enabling M2M service providers to integrate and seamlessly deliver satellite as part of a total M2M solution.,” says Joel Schroeder, Director of Inmarsat’s M2M program. “The IMC is reaching out to enterprises across all markets and, as a Sustaining Member, we look forward to supporting the user communities that they are building.”

Inmarsat joins a broad-ranging and influential group of technology providers at the IMC, including telecom carriers, software developers, hardware makers, and systems integrators. Members include companies such as AT&T, Deutsche Telekom, Digi International, Kore Telematics, Oracle, Telecom Italia, Telit, and Wyless. Inmarsat will be one of three providers of satellite connectivity, which also includes Iridium and Orbcomm.

More than 700 individuals that are looking to learn more about M2M technology – so-called Adopter Members – have joined IMC, looking to gain insight into new IoT business models.  “They’re coming from companies as far afield as Hyundai, Fedex, Siemens Healthcare, GE, and Tat Group. There’s a genuine hunger for information about deploying this technology for business benefit, and we aim to be that resource,” says Keith Kreisher, IMC’s Executive Director. The IMC unveiled its new IoT Content Library during this week’s Mobile World Congress, in addition to announcing new members Inmarsat, Telecom Italia and Synapse Wireless – a provider of wearable technology. Inmarsat, for its part, announced a new partnership with RacoWireless during the show.

About International M2M Council: The IMC fosters connectivity across a diverse range of industrial and consumer sectors by bringing together solution providers and adopters of M2M technology globally. For more information, visit www.im2mc.org.