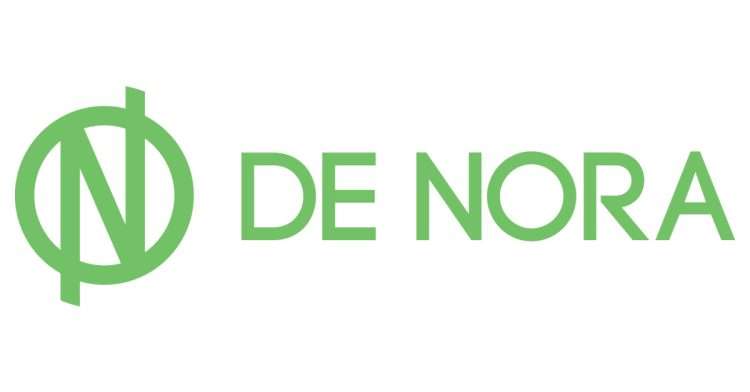 MILAN – As the oil and gas sector reels from a shortage of bulk bleach, De Nora Neptune has been named partner of choice for a new Martin Water Midstream development in the Permian Basin – the epicenter for onshore oil and gas production in the US. Through a network of mobile and stationary recycle centers using De Nora ClorTec® technology, the partnership will overcome a volatile bulk bleach market with an unlimited supply of sodium hypochlorite produced on-site, allowing the onshore operations to continue during a time of uncertainty while driving the movement for environmentally conscious mid- and upstream practices.

“Our goal was to find a technology that recycled produced water and also fit our sustainability vision,” said Matt Morgan, CEO of Martin Water Midstream. “De Nora Neptune is the greenest and safest technology on the market, eliminating the need for dangerous or hazardous chemicals on-site. Aside from this being a huge environmental win that keeps our employees and community safe, using this oxidant is also helping us save money across the board. We’ll have less truck traffic, less corrosion on our infrastructure and recycling equipment, and improved NPT time in the field.”

De Nora Neptune combines three inputs to generate a 0.8 percent sodium hypochlorite oxidant: stable, US-sourced salt, water and electricity. The resulting solution is considered non-hazardous by the US Environmental Protection Agency (EPA) and has been proven to kill 99.9 percent of all bacteria, including the most common contaminant in the oil and gas sector: hydrogen sulfide (H2S). When variables remain constant, the cost of treating one gallon of produced water with Neptune technology can drop to as low as 25 percent of the cost of treating with bulk bleach.

The project, which is slated for completion in early November, includes the construction of multiple 1 million barrel (MM bbls) holding pits scattered across Martin County. By treating the produced water on-site with sodium hypochlorite, Martin Water Midstream will be able to recycle water for future drills, conserving a critical resource while eliminating the need for saltwater disposal (SWD) sites, what many believe to be the cause of seismic activity in the area.  According to the American Petroleum Institute, the average fracking job uses approximately 4 million gallons of water per well. Traditionally, this water has come from freshwater sources, but as many regions face historic drought conditions, the sector is exploring alternative solutions.

Morgan adds, “This project will include 20 miles of pipeline, with the long-term goal of recycling more than 300,000 barrels per day using Neptune technology. We are excited to pioneer this innovative technology largescale, which has the potential to make a significant impact on the sector, and hope resulting KPIs inspire others to make the switch to replace freshwater usage as well.”

De Nora has more than 3,000 ClorTec systems deployed globally. The company made history in 2021 at its Delaware Basin Wastewater Recycling Project, achieving aspirational produced water rates exceeding 140,000 barrels per day – a total of more than 5 million barrels over a 30-day period.

Industrie De Nora is an Italian multinational company, listed on Euronext Milan stock exchange, specialized in electrochemistry, a leader in sustainable technologies and with a key role in the industrial green hydrogen production chain. The Company has a portfolio of products and systems to optimize the energy efficiency of key industrial electrochemical processes and a range of products and solutions for water treatment. Globally, Industrie De Nora is the world’s largest supplier of activated electrodes (serving a broad portfolio of customers operating in the fields of chlorine & caustic soda production, components for electronics, non-ferrous metal refining). Industrie De Nora is also among the world’s leading suppliers of water filtration and disinfection technologies (for the industrial, municipal, and marine sectors) and the world’s leading supplier of swimming pool disinfection components. Leveraging its well-established electrochemical knowledge, proven manufacturing capability, and a supply chain established over the years, the Company has developed and qualified a portfolio of electrodes and components to produce hydrogen through the electrolysis of water, which is critical for the energy transition. Founded in 1923, Industrie De Nora had total revenues of €616 million and EBITDA of €127 million in 2021. The Company’s growth process has developed both organically, through continued penetration of new markets and applications, and through acquisitions in the U.S., Asia, and Europe. The Company’s growth is supported by continuous innovation well represented by its evolving intellectual property portfolio, which currently includes more than 260 patent families with more than 2,600 territorial extensions. The Company’s portfolio includes a stake (about 34 percent) in the ThyssenKrupp Nucera joint venture, a world-leading engineering company in chlorine production and water electrolysis plants to produce hydrogen. The Group is controlled by the De Nora family, which owns approximately 55 percent of the Company’s share capital, with Snam S.p.A. as a minority shareholder with about 26 percent of the capital.