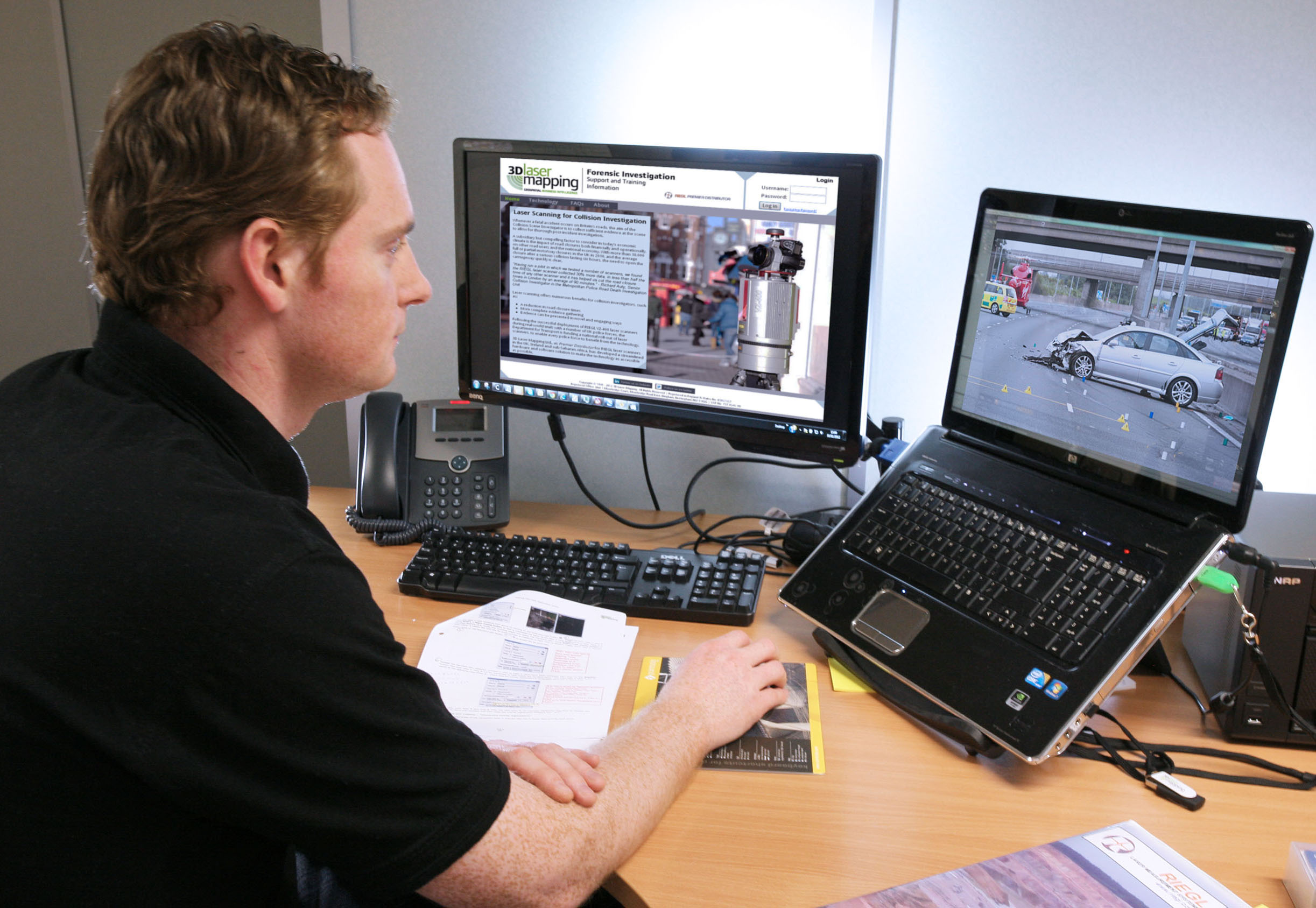 Geographic information systems (GIS) has changed the way law enforcement fights crime.  Investigators now rely on actionable intelligence for mapping and analyzing crime patterns and as the use of this new technology continues to evolve, police agencies will depend on crime GIS analysts to take advantage of the cutting-edge tools and industry innovations that GIS offers.

Senior Cpl. DJ Beaty of the Dallas Police Department knew that none of his department’s officers had GIS degrees or training and decided he wanted to be the first.

During his time as a neighborhood police officer, Senior Cpl. Beaty got involved with various neighborhoods’ crime watch programs and many of the citizens he interacted with wanted to see crime statistics on a map so they could get an idea of patterns and trends of criminal activity in their geographic areas.

“My department would supply me that information, but it became clear very quickly that we needed the ability to map that data and present maps and other information to our community members,” says Senior Cpl. Beaty, police GIS and geospatial analyst for the Dallas Police Department. “My skills as a neighborhood police officer and my time in covert operations translated well to the field of GIS.”

Senior Cpl. Beaty took on crime data analysis duties in addition to his regular job responsibilities. The more he did the work, the more he enjoyed it. So when a GIS police analyst position came available within the department in 2012, he jumped at the opportunity.

He knew it was time to pursue further education and in early 2013 began looking for a program that would give him the technical and geospatial education to supplement his on-the-job experience.

“I decided to look online because there were no programs in my area and when I found American Sentinel University, I said, ‘well that’s the one.’”

American Sentinel’s GIS program is a perfect fit for the skills that police officers currently have to supplement their work experience.

“Experienced police officers have a very advanced level of knowledge about their communities and that information is inherently spatial in nature through the links between the various neighborhoods, public spaces, people and activities that are occurring throughout the year,” says Stephen McElroy, GIS program chair at American Sentinel University.

He says that a police officer’s expertise functions like mental GIS where the officer observes changing patterns in the community on a weekly and monthly basis. GIS skills enable a police officer to understand the complexity of existing crime data that translates into establishing and recognizing meaningful patterns on various scales.

“Although pushpin crime maps are fairly simple, they provide a basic mechanism for the visualization of crimes in a region,” says Dr. McElroy. “The mapping and reporting of crime statistics is increasingly becoming the norm at the local level and the use of GIS maps depict and reinforce that knowledge.  The examination of comparisons between different crime data sets allows the police to understand and mitigate crime risks to build safer communities.”

Since beginning the B.S. Geographic Information Systems program in June 2013, Senior Cpl. Beaty has already learned so much. He is now his department’s new crime GIS analyst and is responsible for compiling geospatial data that comes into the Dallas Police Department, processing it with Esri software and creating maps that help the police department track and interpret criminal activity throughout the city.

“Applying GIS to law enforcement has helped me create innovate ways to apply spatial analysis for making decisions,” he says.  “I found the courses challenging, yet rewarding because it supplemented my ability to capture, store, manipulate, analyze, manage and present all types of geographically referenced data to estimate crime and predict future hot spots.”

Senior Cpl. Beaty says that his department is one of the most advanced in the country that actually uses GIS efficiently and effectively.

“American Sentinel’s program really fit my needs as a practitioner,” he says. He’s having so much fun, he adds that when he graduates in 2015 he plans to pursue American Sentinel’s Master of Geospatial Information Systems as well.

“I want to be the best I can be for the department and these degrees will help me become that go-to police GIS expert. But also, I’m doing this for me, and that feels pretty good.”

About American Sentinel University
American Sentinel University delivers the competitive advantages of accredited associate, bachelor’s and master’s online degree programs focused on the needs of high-growth sectors, including information technology, computer science, GIS masters programs, online GIS certificates, computer information systems and business intelligence degrees. The university is accredited by the Distance Education and Training Council (DETC), which is listed by the U.S. Department of Education as a nationally recognized accrediting agency and is a recognized member of the Council for Higher Education Accreditation.