/ Articles / Under Pressure: As Water Main Breaks Cause Havoc, A New Approach Is Welcome

Under Pressure: As Water Main Breaks Cause Havoc, A New Approach Is Welcome 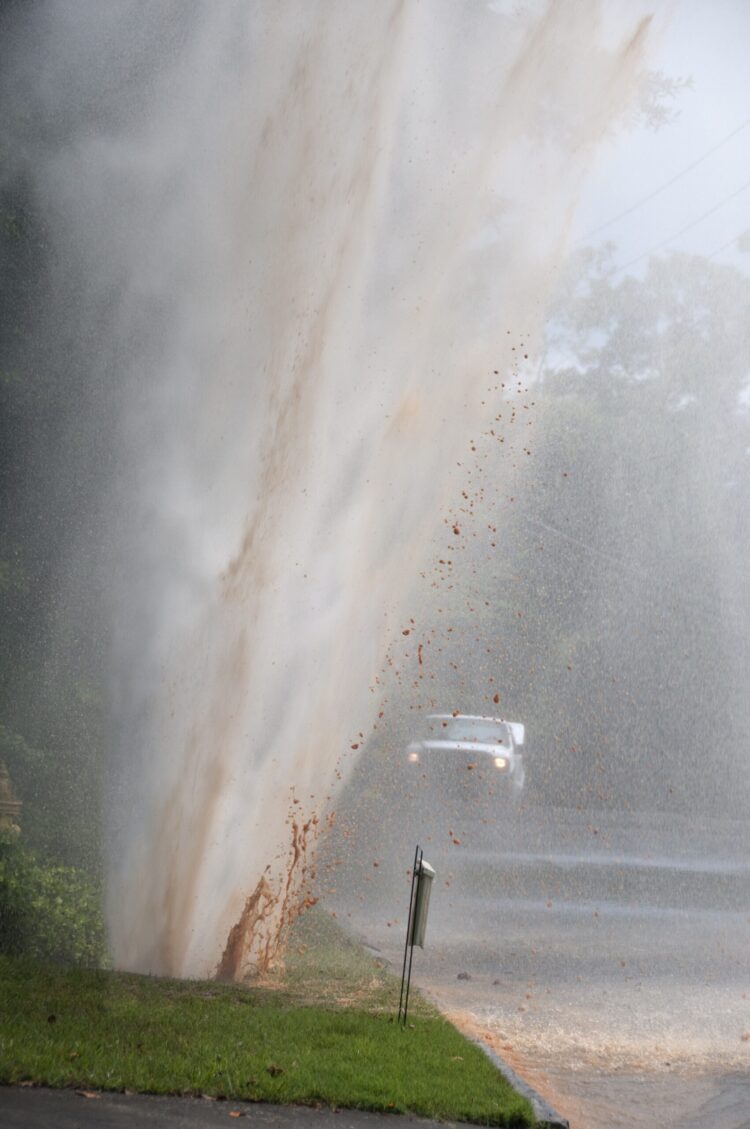 In New England, winter is followed by “mud season.” In California, the drier months are “wildfire season.” For water utilities, the coming of fall means it’s “water main break season.” Unfortunately, this season often seems to last all year.

According to the American Water Works Association (AWWA), there are about 240,000 water main breaks in the United States every year. On the whole, the nation’s 1 million miles of water mains are successful in delivering a safe, reliable water supply to homes and businesses across the country. However, the pipes that make up this system are aging.

Construction of new water mains peaked in the years after World War II, so much of the network now is approaching the end of its expected 75- to 100-year lifespan. In some of America’s oldest cities, there are pipes still in service that date back to the Civil War.

Meanwhile, the federal government’s share of capital spending in the water sector has fallen from 63 percent in 1977 to 9 percent by 2017, leaving local and state governments to pick up the slack—or not. According to the US Water Alliance, the gap between needed investment and actual expenditure on U.S. water infrastructure amounted to $81 billion in 2019. An American Water Works Association (AWWA) study has shown that more than $1.7 trillion in water infrastructure investment now is needed in the United States by 2050.

With water main breaks now a constant fact of life for water utilities, their repair crews and an increasingly frustrated public, this bill is beginning to come due. But as planners grapple with the costs of replacement, other approaches to keeping water where it belongs are getting a good hard look from utility managers. For example, one new ray of hope comes from the increasing sophistication of pressure regulating valves (PRVs). By controlling and stabilizing pressures downstream, these devices can preserve and extend the life of pipes that are literally ready to burst.

A Tidal Wave of Loss

Already a common event, water main breaks are growing ever-more frequent. A 2018 study by Utah State University found that in the United States and Canada, the incidence of breaks had risen no less than 27 percent in the prior six years. For cast-iron pipes, the rate of increase was more than 40 percent in that period of time. Each day, 6 billion gallons of water are lost this way in the United States alone—enough to fill 9,000 swimming pools.

In fiscal 2020, New York City proudly bucked this trend by reporting the lowest number of annual water main breaks since records had been kept—and still racked up a total of 347. On average, large cities in the United States report 25 breaks each year for every 100 miles of main. 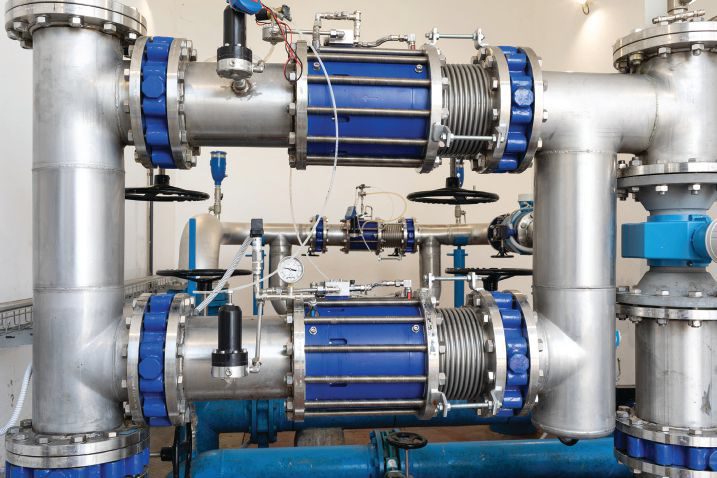 One major economic impact of these events is simply the loss of the treated water. Around the world, water utilities lose an estimated $39 billion each year to “non-revenue water” that was treated and sent into distribution systems but never paid for. Some of this tide of red ink reflects measurement error; some is due to unauthorized use; but, although exact percentages are debated, it’s clear that physical leakage—including all the water pouring out of broken mains on a regular basis—is a large part of the problem. In 2019, the US Water Alliance estimated the value of treated water lost in this fashion at $7.6 billion for the United States alone.

Utilities also incur significant costs in the form of constant unscheduled repairs. A recent study conducted by American Water, the utility serving Camden, N.J, estimated that each unplanned repair of a broken water main costs about $4,000. And, of course, the routine occurrence of water main breaks affects more than just the utility’s bottom line.

The Cost of Chaos

On May 7, 2022, the city of Tempe, Ariz., experienced a water main break. This simple fact is hardly unusual, but, in this case, the breach was located 13 feet under U.S. 60. With 8 million gallons of water flooding the highway, this major artery had to be closed in both directions. Complete reopening was impossible for weeks.

In June 2022, residents of north Philadelphia were asked to shelter in place while the break in a 129-year-old water main flooded their homes and streets. An SUV had to be pulled out of the resulting sinkhole, with widespread damage to other vehicles and any property stored in basements. The Philadelphia Water Department stated that repairs could keep 4th Street blocked off for months.

Utilities throughout the country now commonly celebrate the onset of “water main break season” by appealing to the public’s patience. In much of the United States, water main breaks predictably occur more often in the colder months of the year. As water in the soil freezes, the ground above buried pipes grows heavier, exerting greater downward force on any weak areas. But variability in temperature also plays a role, causing fragile pipes to expand and contract, so sometimes it’s the freeze/thaw cycles of early spring that trigger a rash of breakages. Furthermore, as demonstrated in Tempe and Philadelphia, ruptures can happen any time of year. 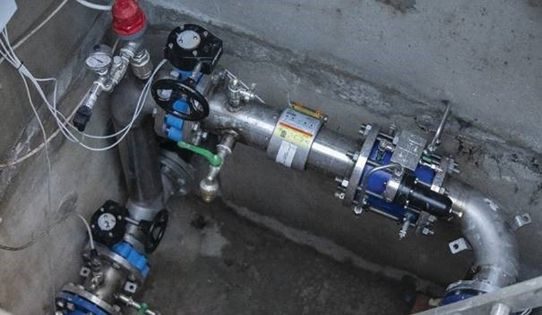 The lighter weight and smaller size of polymer PRVs make them easier to install in tight spaces.(GF Piping Systems)

Whenever they occur, water main breaks have far-reaching consequences. Members of the public experience frustration and disruption as they’re unable to get to work, find their taps have run dry or experience property damage.

Businesses also are vulnerable, particularly those considered “water-reliant.” Paint manufacturing tops this list by far, requiring 123 gallons of water per dollar of output, but industries such as paper milling and winemaking also require relatively high amounts of water. And by the time a single smartphone is complete, production and assembly of all its components requires 3,000 gallons of water in total. For the 11 most water-reliant industries in the United States, disruptions to water service cost an estimated $51 billion in 2019. By 2050, this economic loss could rise to $250 billion.

Many water utilities—for lack of better options—essentially take a reactive approach to managing water breaks. In 2021, the American Society of Civil Engineers reported that 47 percent of the maintenance work performed by utilities is reactive rather than proactive in nature, undertaken only in response to system failure. 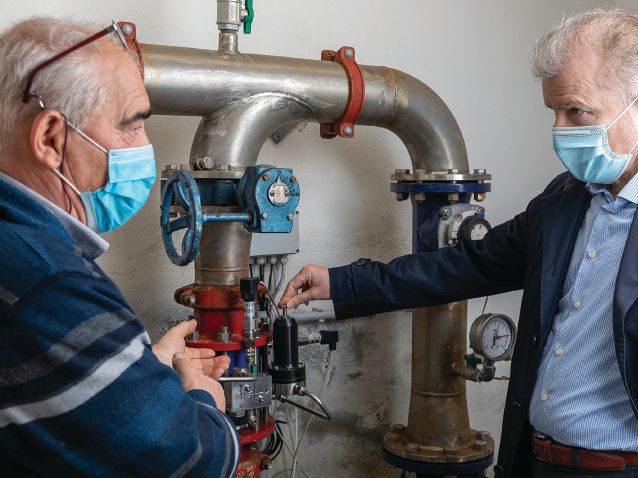 This approach is frustrating for consumers and utilities alike, but funding for proactive solutions has been difficult to find. Despite calls by AWWA for a new “replacement era,” only 58 percent of water utilities in the United States and Canada reported having a regular pipe-replacement program when surveyed in 2017. Those that did were planning to replace only 0.8 percent of their installed length each year.

However, outright replacement of aging networks is essentially a brute-force solution to a complex phenomenon. The corrosion of metal pipes through time certainly is relevant to the breakage rate—since corrosion gradually thins the metal—but operating pressures matter as well, as does the degree of variation in pressure.

In addition to increasing water losses in the case of a breach, higher pressures place weakened areas of pipe under more strain. It’s estimated that a 25-percent reduction in water pressure can reduce the frequency of pipe bursts by as much as 75 percent. However, utilities may be limited in their ability to reduce pressures across the board without falling afoul of user needs and expectations. Furthermore, variability in pressure causes mechanical harm as well. When pressures fluctuate, the changes force the pipe to expand and contract, causing microfractures that can lead to breakage. 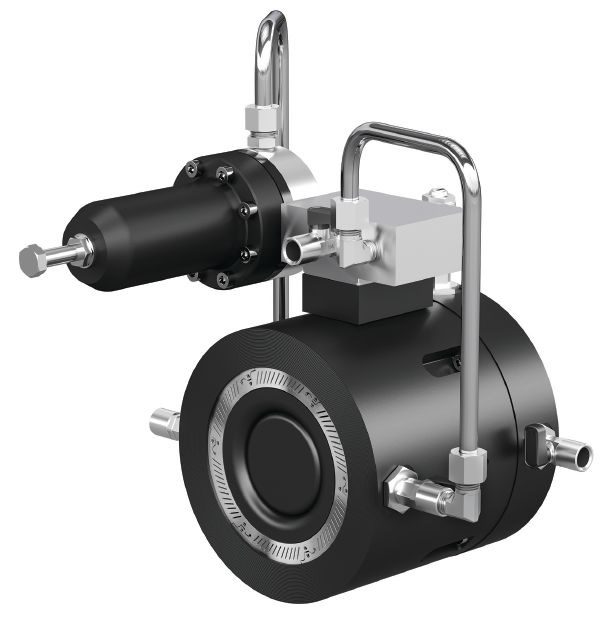 Olivier Narbey, senior business development manager at GF Piping Systems, describes pressure management as an “anti-aging treatment” for water-distribution networks. An example from Italy, where infrastructure may be centuries old, serves to demonstrate the approach’s potential.

According to Italy’s National Institute of Statistics, the country has been losing as much as 37 percent of the water in its distribution system to network losses. The impact of climate change in the form of recent droughts has only rendered this situation more concerning.

IRETI is the water utility that serves approximately 2.8 million residents of northern Italy, covering more than 200 municipalities in the regions of Emilia-Romagna, Liguria and Piedmont. Using an aqueduct network of more than 20,000 kilometers, IRETI distributed more than 180 million cubic meters of water in 2019.

To address its high levels of leakage, IRETI decided to install NeoFlow PRVs from GF Piping Systems in the water-distribution system for Reggio Emilia. PRVs will maintain downstream pressure at the desired, preset level regardless of the upstream pressure or any flow-rate fluctuations. Usually sited at the entrance to a pressure zone—next to the flow meter—PRVs should be placed downstream of the meter so turbulence from the valve doesn’t affect the meter’s accuracy.

IRETI’s system was experiencing high pressure differences across existing valves as well as instability in pressure due to rapid changes in consumption. The utility hoped a more-sophisticated approach to pressure management would reduce the number of main breaks as well as the costs associated with constant inspection efforts, frequent repairs and outright water loss. After the performance of the new NeoFlow valves had been evaluated by an independent laboratory in France, IRETI proceeded with installation.

One year after the new PRVs had been installed, IRETI was able to report an impressive level of improvement. With pressures stabilized, the system is able to supply consistent and reliable water distribution around the clock, while mechanical stress has been reduced.

“Thanks to pressure management, we have been able to achieve a 63 percent reduction in pipe bursts,” stated Antonio Gualtieri, IRETI’s technical manager for water leakage detection.

IRETI also realized additional benefits from replacing metal valves with a polymer product. Retrofitting a water distribution system can be difficult and expensive due to space constraints, such as manholes only large enough for one worker to enter. The polymer NeoFlow valves installed at IRETI were five times more compact and up to nine times lighter than traditional metal PRVs, which can be hard to fit into tight spaces as well as far too heavy for a single operator to handle. With the use of pre-assembled installation kits, NeoFlow valves take 40 percent less time to install than a standard metal PRV.

Since they’re not subject to corrosion, polymer valves also offer lower maintenance costs. The polymer valves used by IRETI also are characterized by a simple, axial flow design. The valve has only three primary components—the casing, piston and core—with no actuator stem or diaphragm. With only one moving part involved, this simplicity offers greater reliability and a longer operational lifespan, with reduced vulnerability to cavitation damage. When maintenance is required, the valve can be fully serviced in less than an hour.

As “water main break season” rolls onward, images of flooded streets and struggling utility workers are sure to make the news once again. Just as certainly, any effective alternative to complete pipe replacement is sure to get the attention of besieged utility managers.

It’s likely that no single tactic can solve the leakage crisis, given its staggering scale. But with funding for public works a perpetual struggle, pressure management may be an idea whose time has come. When resource conservation, lower energy consumption and reduced maintenance needs are all considered, utilities can expect a swift return on this targeted investment. And with a water main breaking every two minutes, cost-effective answers can’t come too soon.

Katherine Bonamo writes on architecture, building, construction and other engineering topics for publications throughout the United States; email: KBonamo@mercurymc.us.