/ Articles / From the Editor: It’s Time To Get Back to School (And That’s a Good Thing)

From the Editor: It’s Time To Get Back to School (And That’s a Good Thing) 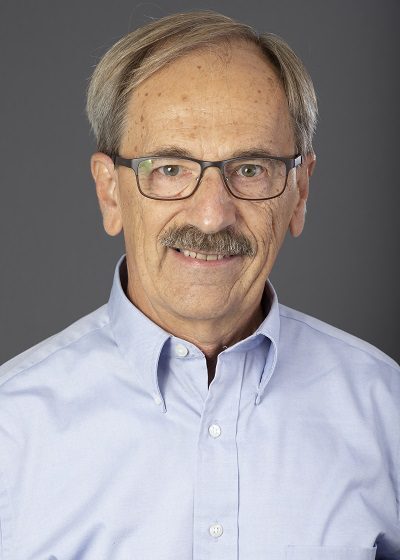 This time of year always brings mixed emotions. I’m definitely a summer person and have a difficult time realizing summer is about to end. But it’s also the start of another school year, which is still an exciting time of year for me. I’m almost jealous of students everywhere as they begin another year of study and learning. So let me take a few minutes of your time to compare some campus observations now vs. what I remember as a student.

Now a few weeks into this fall semester in my role as adjunct instructor for the Senior Design Course at Valparaiso University, I notice a few things that may have passed me by. For one thing, my students were born in the first couple of years in the 2000s. In my mind, the early 2000s seems like just a few years ago. They take notes differently than I did; they’re using laptops or, if I project anything on a screen, they use a phone/camera. My method was to write notes in one steno pad for all the classes on one day. Then, in the evenings, I would rewrite them into specific class notebooks. That sounds like a lot of effort to me now, but it worked for me then.

One of my favorite pastimes on campus is to stand outside between classes and watch students move from one place to another. Transportation around campus is a bit different. I walked probably 95 percent of the time. On occasional really cold days, I might drive to that one class I had way down on “Old Campus.” Today, most students walk, but there also are bicycles, scooters (some electric powered), OneWheels (ask your children), and, of course, skateboards and longboards (some of these also are electric powered). You never know what type of equipment might be carried into the classroom. I encourage you to visit a college campus sometime and watch all these movements.

But some things haven’t changed. Listening to students talk to each other, I realized the discussions about classes and subjects are probably the least different. You might hear them ask about a specific topic in hydraulics or the design of a beam connection—not that dissimilar from some of my conversations a long time ago. Except when they get to the part about sharing notes, because now they’re talking about electronically transferring their notes, not loaning them a piece of paper.

Some other conversations are very familiar. “Are you going to the volleyball game tonight? Did you watch the latest She-Hulk episode? Professor So and So’s class is really hard!” But then once in a while you hear something like “Hey, we won the robot football game last night!” Or “Isn’t it great that Joshua made the Esports team! Cool! I didn’t even know he tried out.” Huh?

As I walk through the hallways in the Engineering Building, I can listen in on some of the professors teaching: a mechanical professor talking about solar energy and a civil professor discussing fluid dynamics. While I don’t remember many specifics about the courses I took, I can easily identify with the students I see in those classrooms. They’re either feverishly writing (or typing), just leaning back and listening, or asking questions. They all look happy or satisfied and full of that “beginning of a semester energy.” I feel privileged to witness these learning spaces.

If you have an opportunity to participate in any type of college activities, I recommend jumping in, even if you just visit for a while to experience some of the current college lifestyles. I’ve never regretted a minute of the time I’ve spent with students and faculty since my retirement. Who knows? You might even get to ride an electric scooter.