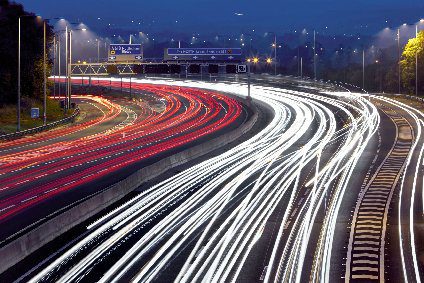 The Highways Agency has awarded a £600,000 contract to Atkins and Yotta for the supply of Yotta’s Horizons visualised asset management software and associated implementation services. The Atkins and Yotta team will deliver and enable the use of software to inform and improve the development of the Agency’s road renewals programme. This tool will allow the Highways Agency to carry out modelling to understand the current and future condition of the network based on its national pavement condition survey data. This model will then be used to predict where and when maintenance is likely to be needed.

The project was procured under the Transport-Related Technical Engineering and Research Advice Framework; this task started on 15th November 2013 and will have a duration period of 15 months. Yotta partnered with leading asset management consultant Atkins to take the bid forward, with Yotta providing the Horizons software (a significant portion of the contract) and Atkins providing project management and quality assurance service.

The Horizons software is a visual and user-friendly asset management system developed by Yotta, and this marks the largest implementation of Horizons to date worldwide.

Alan Taggart, Atkins’ Asset Management Service Director said, ‘It is vital that highway authorities can make the most of their existing assets, to provide efficient and effective services to road users. This partnership demonstrates how collaboration between technology providers and asset management consultants can ensure the Highways Agency can deliver on their business objectives by using effective asset management solutions.’

Horizons will incorporate data gathered from a package of condition surveys. A significant proportion of the surveys is delivered by Yotta for the Highways Agency, which include Traffic Speed Condition Survey (TRACS), skid resistance and Deflectograph surveys as well as providing visualised asset coverage of England’s trunk roads and motorways, covering approximately 18,650 lane miles (30,000 lane kilometres). The Decision Support Tool will help the Highways Agency to visualise its asset data and to run analyses to develop programmes of pavement renewals work. This will be a prime example of best practice to support decision making within the Highways Agency.

“This is a tremendous achievement for Yotta and to date our largest order for Horizons software. The bid process was extremely challenging as we were up against well established highway infrastructure management software providers; however, we were able, along with our partners Atkins, to demonstrate the benefits of Horizons for ease of use, user adoption, deterioration modelling and also its improved ability to guide decisions. We have worked hard to build a trusted and credible relationship with the Highways Agency team and we look forward to continuing to develop our relationship helping them make the most of Horizons capabilities,” says Nick Smee, CEO, Yotta.

Atkins (www.atkinsglobal.com) is one of the world’s leading design, engineering and project management consultancies*, employing some 18,000 people across the UK, North America, Middle East, Asia Pacific and Europe. Over 75 years, from post-war regeneration and the advent of nuclear engineering to high speed rail and the integrated sustainable cities of the future, our people’s breadth and depth of expertise and drive to ask why has allowed us to plan, design and enable some of the world’s most complex projects.