/ Financial / EDPR reaches a net profit of 265 million euros in the first half of the year, 87% above last year

EDPR reaches a net profit of 265 million euros in the first half of the year, 87% above last year 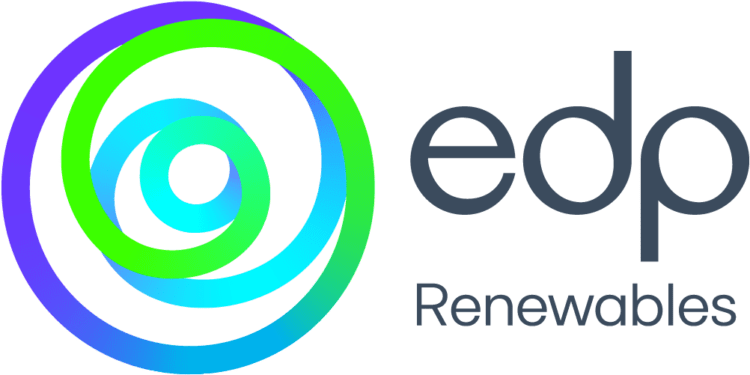 EDP Renewables (Euronext: EDPR), the fourth-largest renewable energy producer in the world, has reaffirmed the positive business trend it has reported since the beginning of the year, achieving a net profit of 265 million euros in 1H 2022, 87% more than last year. Also reflecting the positive performance is EBITDA, which summed at 976 million euros, up 49% interannually, and EBIT, which amounted to 640 million euros, 76% above last year, supported by top-line solid performance.

Operational results have also positively evolved throughout the first half of the year. This performance, supported by the 16% increase in generation compared to last year, was driven by additional installed capacity and stronger renewable resources. EDPR has also reached a record capacity under construction of 3.2 GW as of June 22 (with 1.8 GW of wind and 1.3 GW of solar), on the back of new capacity to be added in 2022 and 2023.

Installed capacity increased to 13.8 GW (up 1.2 GW interannually), with Europe and North America representing 40% and 51% of the portfolio, respectively. EDPR has now a higher technology diversification with 12.2 GW of wind onshore, 1.3 GW of solar and 1.5 GW of gross wind offshore in operation.

It is also worth noting that in the last 12 months, EDPR added 2.5 GW of capacity. Following the completion of the Asset rotation deals in the US and in Portugal in the second half of 2021 and in Poland and Spain in the first half of 2022, net capacity change compared to the previous year totaled +1.2 GW. In the 1H22, additions amounted to 0.6 GW, mainly driven by the successful integration of Sunseap assets in APAC, which now represent 3% of EDPR’s portfolio. Asset rotation amounted to 0.3 GW in Europe.

Moreover, EDPR generated 17.8 TWh of clean energy in the 1H22 (up 16% interannually), avoiding 11 million tons of CO2 emissions, with Europe and North America representing 36% and 57% of total generation output, respectively. In Europe, generation increased 10% compared to last year, impacted by higher installed capacity and a stable renewable resource. In North America, the output is up 12% interannually, reflecting better renewable resources in the U.S. and Canada. In South America, production increased 111% compared to the previous year, driven by higher installed capacity in Brazil, partially offset by lower renewable resources.

According to Miguel Stilwell d’Andrade, CEO of EDP Renewables: “Despite the complexity of the current context, we have continued to deliver on the roadmap set out in our 2021-25 strategic plan. The solid operational results recorded in the first half of the year, with the growth of our installed capacity as well as the record capacity under construction, are a true reflection of the resilience and strength of the company. Also, we achieved a strong financial performance with significant growth, across our global footprint, not only in revenues but also in net profit. We will continue to add value to our stakeholders and to society as a whole”.

Regarding Net Debt, as of June 2022, it totaled 5,234 million euros (up 2,300 million euros compared to December 2021), reflecting, on the one hand, the strong increase of investments in the period, including the acquisition of Sunseap and forex translation and on the other hand assets cash generators and Asset rotation strategy.

EDP Renewables (Euronext: EDPR) is the fourth-largest renewable energy producer worldwide, with a presence in 26 markets across Europe, North America, South America and the Asia Pacific. Based in Madrid and with main regional offices in Houston, São Paulo and Singapore, EDPR has a robust development portfolio with first-class assets and a market-leading operational capability in renewables. These include wind onshore, utility-scale & distributed solar, wind offshore (through its 50/50 JV – OW) and technologies complementary to renewables such as batteries and green hydrogen.

EDPR’s employee-centered policies resulted in its recognition as a Top Workplace 2022 in the United States, Top Employer 2022 in Europe (Spain, Italy, France, Romania, Portugal and Poland) and Brazil, as well as its inclusion in the Bloomberg Gender-Equality Index.

EDPR is a division of EDP (Euronext: EDP), a leader in the energy transition with a focus on decarbonization. Besides its strong presence in renewables (with EDPR and hydro operations), EDP has an integrated utility presence in Portugal, Spain and Brazil, including electricity networks, client solutions and energy management.