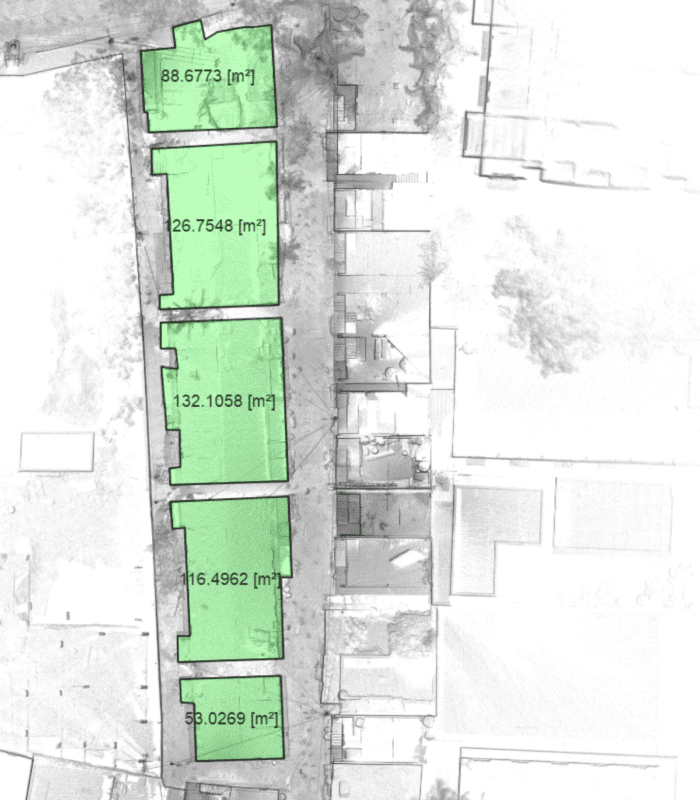 GeoSLAM’s Draw software in action, mapping out the dimensions of the aerial survey data collected.

GeoSLAM’s handheld LiDAR technology has been utilised to document informal settlements in one of India’s largest cities, Bengaluru, as part of a large-scale urbanisation project.

With new phases of urbanisation and expansion of the city limits planned by the Bengaluru local government, geospatial mapping services company, Nakshatech, surveyed the area and digitally mapped the informal settlements. 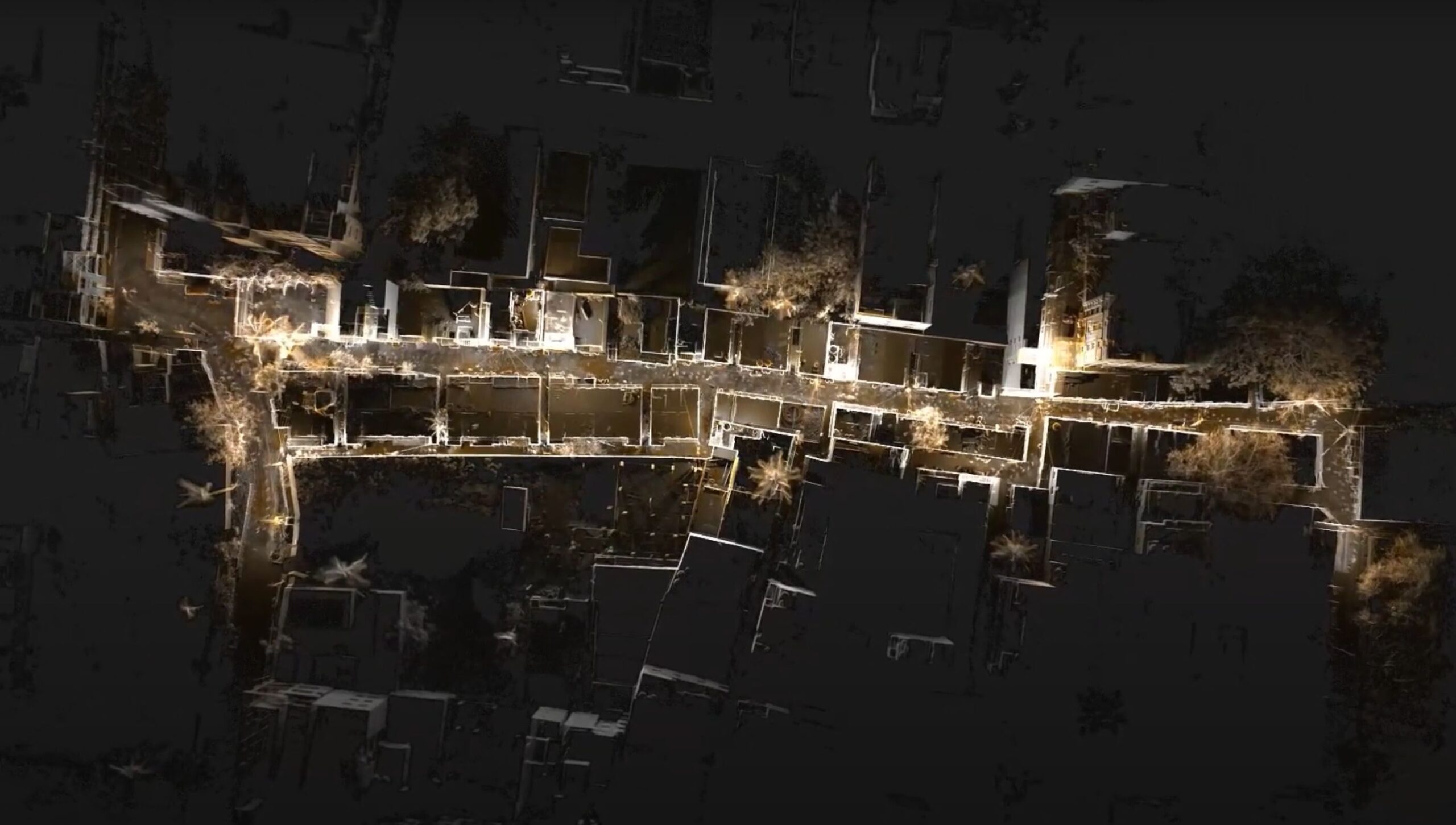 An aerial view of the data collected using the ZEB Horizon device in the city of Bengaluru.

Nakshatech used GeoSLAM’s ZEB Horizon handheld scanner due to its potential to map the complex maze of around 500 residential buildings as well as lanes which were narrow and difficult to access.

With around 16% of Bengaluru’s population living in informal settlements, the intricate streets are frequently bustling with people, adding another complex challenge for the surveyors.

The ZEB Horizon’s walk-and-scan method of data collection allowed the team to move around the informal settlements freely. The handheld scanner captures 300,000 points per second providing the surveyors with a high quality point cloud, and with an accuracy of up to 6mm they were able to extract the accurate measurements needed to create their report.

Over the course of the three day project, Nakshatech collected data from more than 40 different areas of the settlements, automatically processing each dataset in GeoSLAM’s software.

Once compiled, orthophotos were created using the point cloud in GeoSLAM Draw, allowing the team to extract further information such as encroaching settlements.

As the home to the largest number of high-growth companies in the country, and regarded as the ‘Silicon Valley’ of India, Bengaluru’s growth is only expected to continue, increasing the importance of highly accurate digital replicas of the city’s informal settlements, to progress its urbanisation plans.