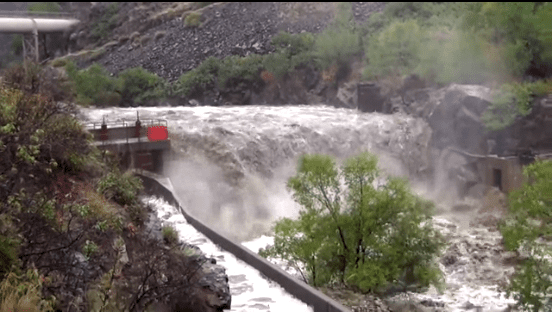 When you live in Lyons, Colo., you know where your flood plains are, because a creek flows right through town and it has a habit of getting unruly. But Eve and Walt’s trailer park wasn’t in the flood plain, at least not as it appeared on official maps. Nevertheless, that night their home was destroyed by the worst flood to crash through the creek in decades.

A lot of places that had been considered safe washed away that night. One exception was the city of Boulder itself. Located just 16 miles south of Lyons, this outdoorsy mecca of 100,000 might have suffered far more destruction than it did, but for decades of diligent planning. While Boulder ultimately received a smaller inundation than places like Lyons, it was also far better prepared, thanks largely to the foresight of Gilbert White, a local resident known as “the father of floodplain management.” When all was said and done, the 1,000-year rain event, as described by the National Weather Service, left Boulder damaged but not destroyed, and the city bounced back readily.

The strategies that allowed this to happen were surprisingly simple. “We’ve been focusing not on large engineering solutions, but more on good land-use planning and stewardship,” says David Driskell, Boulder’s executive director for community planning and sustainability. “We don’t do large trapezoidal concrete channels to try to protect life in a flood. We understand our creek is an amenity that people value the 99.9 percent of the time that it’s not flooding.”

Gilbert White grasped it decades ago. A pioneer in the field of urban flood planning, White said cities should accommodate floods rather than trying to hold them back with dams and levees. He also happened to live in Boulder, and established the Natural Hazards Research and Application Information Center at the University of Colorado. It was White who, in the wake of the Big Thompson Flood, pushed Boulder to adapt to the floods of the future. “Floods are acts of god, but flood losses are largely acts of man,” he wrote in his 1942 doctoral dissertation, “Human Adjustment to Floods.”

This was a radical idea in an age of massive public works projects like the Hoover Dam, when it was assumed that American engineering would tame anything nature could throw at it. “In 1976, if you came to Boulder or any of these Front Range cities, you would be surprised at how different it was, where the creeks were just something that passed under the road… Houses were built right up to the edge,” says Matt Kelsch, a hydrometeorologist at the University Corporation for Atmospheric Research (UCAR). “Gilbert White at the time recognized the fact that what happened in the Big Thompson [Flood] is something that could happen in any of these canyons… and will happen again in the future.”

Under White’s direction, Boulder began to create policies and infrastructure that would save it from the next big flood.