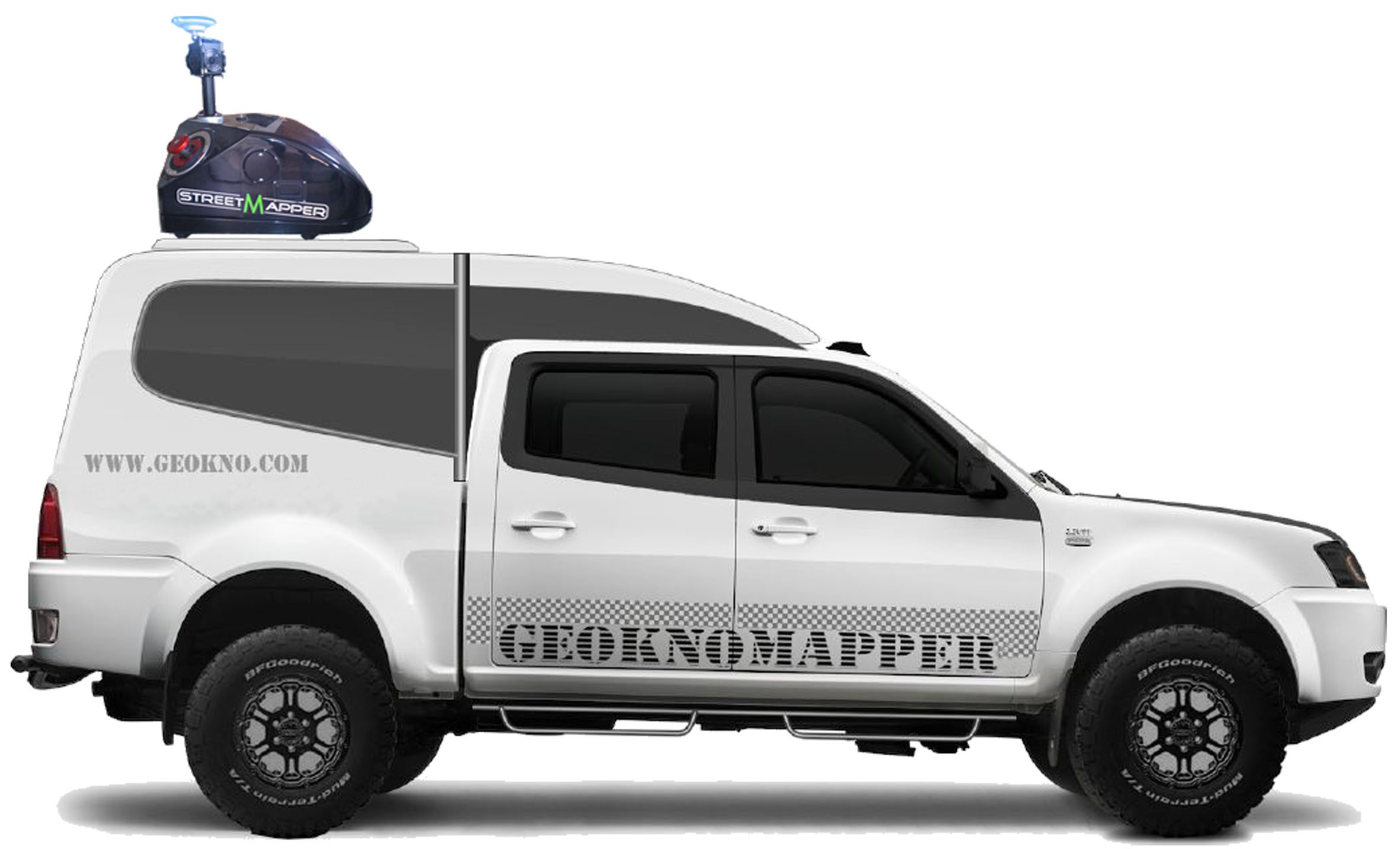 StreetMapper is being deployed to laser map city centres and transportation networks across India. The world’s most accurate mobile laser mapping system StreetMapper has been purchased by Geokno, a technology company specialising in Geographical Information Systems (GIS) following the recent announcement of another 400 million dollars of funding to boost investment in Indian infrastructure.

The specially customised StreetMapper was selected for its proven accuracy, reliability and quality of support and service from developer 3D Laser Mapping.  The system will be immediately deployed on two highway projects before being showcased for the first time ever in India at the India Geospatial Forum taking place at the Hyderabad International Convention Centre from the 5-7th February 2014.

“India is making significant investment to improve its physical infrastructure,” commented Prof Dr. Bharat Lohani, Director and Mr Balaji Nagarajan CEO of Geokno Indian Private Limited (A GMR Group Company), “which is why we are applying the very latest and best mobile mapping technology. One of our primary requirements, and fundamental to the selection of the StreetMapper system, was the requirement for engineering grade survey data. We also needed to be confident in the field performance and reliability of the system to minimise downtime.”

Geokno is a spin-off company from the Indian Institute of technology Kanpur specialising in GIS and related technologies such as LiDAR based surveying. Recognising the technical strengths of the company and the potential of the technology the GMR Group – one of the fastest growing infrastructure enterprises in the country, acquired a majority stake in Geokno.

StreetMapper has been specifically designed for the rapid 3D mapping of highways, runways, railways, infrastructure and buildings. Using vehicle-mounted lasers offering a 360-degree field of view, StreetMapper enables high precision mapping to a range of 800 metres, a capacity of 550,000 measurements per second per sensor and recorded accuracies in independent real world projects of better than 10 millimetres.

StreetMapper has been developed by UK based 3D Laser Mapping in conjunction with German based guidance and navigation specialist IGI mbH. The system employs the latest laser scanning technology for improved field performance and accuracy, precision navigation including a solution for reduced GPS coverage in urban areas, combined with a flexible, modular configuration and increased ease of use and deployment. For further information see www.streetmapper.net

IGI covers a wide variety of expertise in optics, electronics, mechanics, software development, and analytics through a team of highly qualified scientists, engineers and technicians. With over 30 years of experience, IGI offers not only integration of various sensors but also complete sensor systems for airborne and terrestrial survey missions. For further information see www.igi-systems.com