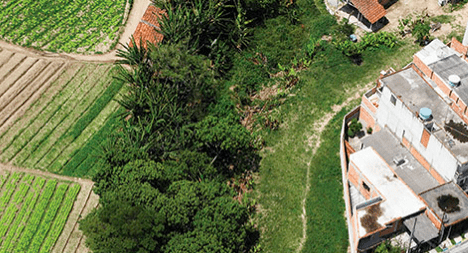 California experienced in 2013 a number of precedent-setting court decisions for growth and development, as well as a partial reform of its vast environmental quality regulations. With a growing and more diverse population and continued economic expansion, what new challenges will face city planners, lawyers and others in 2014?

“There is never a dull moment in California when it comes to how the courts, planners, lawyers, the public, and elected officials decide how California should grow, develop and move people around”

The state’s top land-use attorneys, planners, environmental regulators and developers will gather in Los Angeles later this month to assess the impacts of legal rulings and new laws from 2013 and what to look forward to in 2014 concerning growth in the country’s most populous state.

“There is never a dull moment in California when it comes to how the courts, planners, lawyers, the public, and elected officials decide how California should grow, develop and move people around,” said Margaret M. Sohagi, president of the Sohagi Law Group and conference co-chair. “This conference is critical to anyone involved in the legal or planning end of land development. They need to know how the land use planning landscape is changing and the implications for the future.”

UCLA Extension’s 28th annual Land Use Law and Planning Conference will be held Friday, Jan. 31 at the Millennium Biltmore Hotel in downtown Los Angeles. In just one day, the conference will cover a range of issues such as affordable housing, prevailing wages for public projects, growth control initiatives, the state Legislature’s recent attempt to reform California’s Environmental Quality Act, and major federal and state court rulings involving “just compensation” for those whose property is taken through eminent domain or regulatory actions.

The sessions include a look at the impacts of recent major CEQA lawsuits – including how a neighborhood turned out the lights of a high school sports stadium – by Susan Brandt-Hawley, an attorney with Brandt-Hawley Law Group, and James Moose, a senior partner with Remy Moose Manley, LLP.

Looking at the implications of California’s changing demographics on land use development will be Jeanette Dinwiddie-Moore, FAICP, principal, Dinwiddie and Associates; Dowell Myers, professor of policy, planning, and demography at USC; and Victor Rubin, vice president for research, PolicyLink.

Wayne Smutz, the new dean at UCLA Extension, will recognize the Hagman Scholars. Scholarships are awarded to students and professors from law schools and graduate planning programs in Southern California, as well as new professionals in the planning and policy field. Two sets of scholarships are named in honor of the late Donald G. Hagman, professor of law at UCLA and who created many continuing education programs in public policy, and the late Joanne L. Freilich, director of the Public Policy Program at UCLA Extension. Hagman and Freilich were dedicated to bringing together attorneys and planners in the land use field, and to better unifying the academic and practitioner worlds.

UCLA Extension is the continuing education division of the University of California at Los Angeles. UCLA Extension offers evening, weekend, and online courses and certificates for professionals in business, management, engineering, information systems, entertainment studies, public policy, public health, the humanities and many other fields. Find out more at uclaextension.edu.