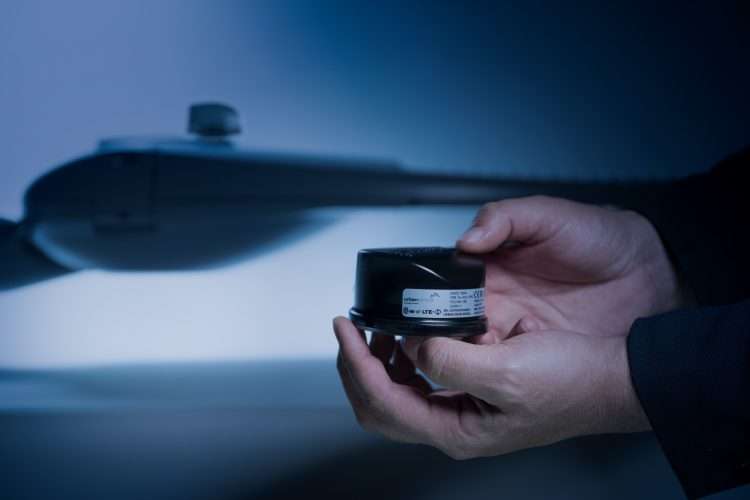 Set for initial deployment in April 2022, the Urban Node 324 Cellular is simple to deploy and can scale cost-effectively from one streetlight to millions

London, UK & Oslo, NOR – Urban Control, the leading smart city solutions provider, today announced that working together with Nordic Semiconductor it has developed a plug-and-play IoT LED streetlight luminaire controller that is quick to install and can scale-up to millions of lights.

The Urban Node 324 Cellular city streetlight LED luminaire controllers each include the Nordic Semiconductor nRF9160 multi-mode NB-IoT/LTE-M System-in-Package (SiP) and plug into an industry-standard ‘Zhaga’ LED lighting socket. They then connect over the local cellular IoT network allowing them to be remotely controlled by any smart city Central Management System (CMS) based on the common ‘TALQ’ standard.

By using standard cellular technology Urban Node 324 Cellular works straight out of the box, just like a mobile phone. This makes it cost-effective for small and distributed lighting estates to get the benefits of intelligent central control for the first time. Examples might include streetlights in retail parks, hotel chains, office and warehouse developments, and across rail infrastructure such as stations, car parks and good yards.

“Unlike traditional smart city lighting installations that require a specialized network to be built, the Urban Node 324 Cellular works straight out-of-the-box just like a smartphone,” said Miguel Lira, Urban Control’s Innovation & Development Director. “This makes it commercially and technologically viable for any size installation because it does not require the operator to build their own wireless IoT network or become a wireless IoT network operator themselves. This brings all of the benefits of smart lighting to small clusters of streetlights all the way up to massive, multi-million node capital city-sized installations. This is truly a game changer in the smart city streetlighting industry.”

“Now that the potential and value of smart city applications has been successfully demonstrated, the time has come to begin developing resources that will allow towns and cities to deploy these technologies at scale quickly and affordably,” said Lorenzo Amicucci, Business Development Manager at Nordic Semiconductor. “Moving away from proprietary solutions towards devices which are ready straight out of the box and leverage cellular networks that are already deployed in every town, city and significant population centre around the world, devices like Urban Node 324 can make anywhere smart more quickly and for less cost.”

The advantages of intelligent, centrally controlled streetlights are well-known. Their light output can be adapted to precisely what is needed, and they can respond dynamically to changes in pedestrian footfall or road traffic. In doing so, they reduce energy costs, carbon emissions and light pollution. They also report when they have a fault, which saves on maintenance costs.

Urban Control provides solutions to make infrastructure assets intelligent. That means streetlights that sense their environment and adapt to citizen’s needs, rail stations that guide people safely to their destination, and sensors that monitor the safety and condition of highway assets. Urban control does all this with a portfolio of solutions built on proven future-proofed technologies. The company is part of the DW Windsor Group, a leading British lighting manufacturer and innovator that was recently acquired by Luceco PLC.

Nordic Semiconductor is a fabless semiconductor company specializing in ultra-low power wireless technology for the IoT. Nordic’s reputation is built on leading-edge technology and development tools that shield designers from RF complexity, making Nordic a key player in the realization of a wireless future.