Bluesky to Map Energy Wastage from Homes Across Britain’s Cities 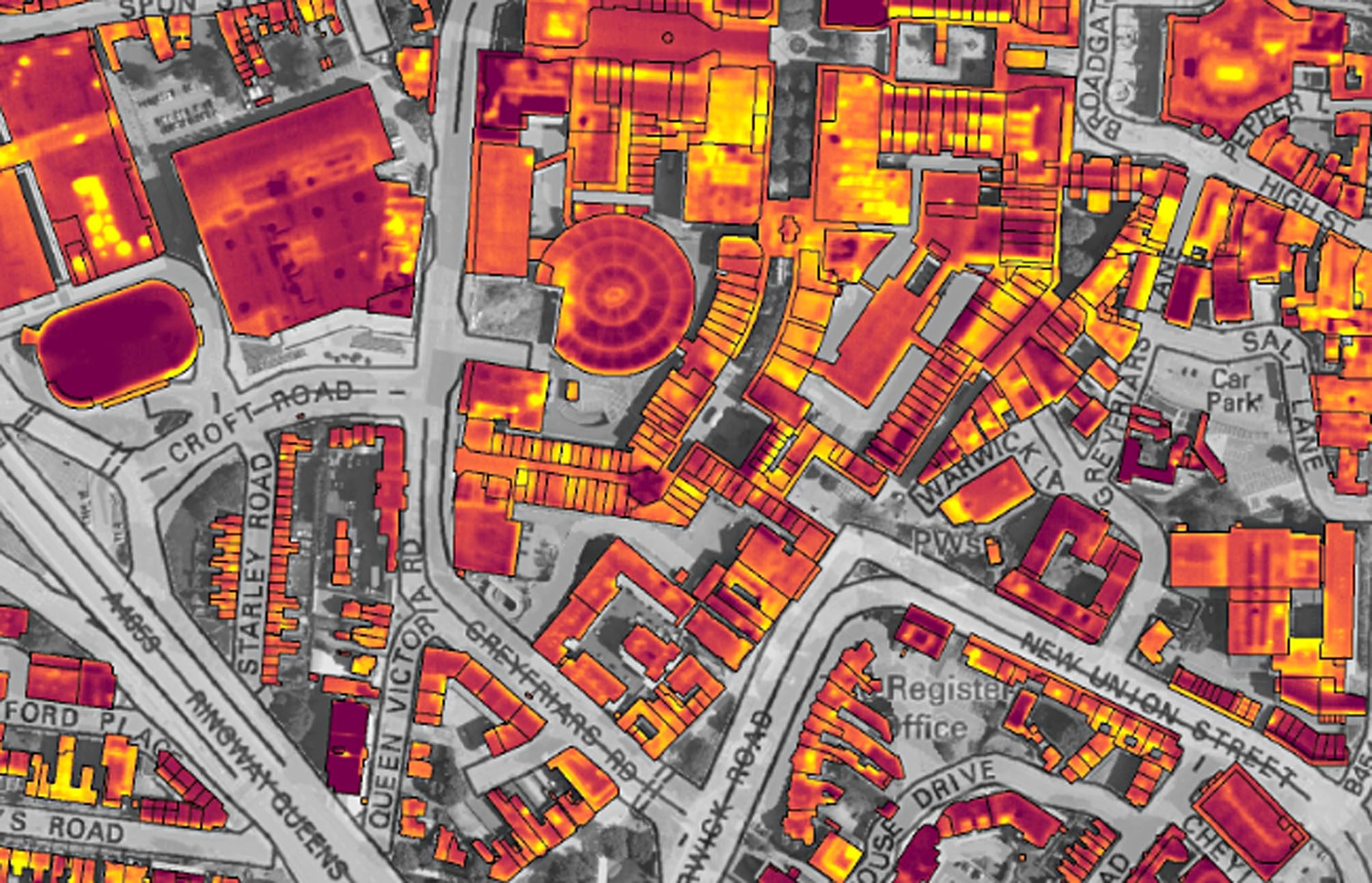 Aerial mapping company Bluesky has been awarded contracts to map heat loss across towns and cities covering around 10 per cent of the population. Using specialist thermal sensors mounted on survey aircraft Bluesky accurately records heat loss from homes and businesses.  Working with Local Authorities, property owners and energy companies the colour-coded thermal maps are matched against addresses to give accurate and up to date information to tackle fuel poverty, carbon emissions and improve energy efficiency. Bluesky thermal maps have also been used to identify illegal dwellings – known as beds in sheds, and even uncover cannabis factories. The thermal surveys are undertaken using a ‘microbolometer’ thermal camera specifically designed for airborne surveying and ideal for use in aircraft flying at night.

“At a time when energy usage and fuel poverty are once again top of the political agenda and front page news, it is essential that those who are charged with protecting the most vulnerable in society are armed with the information they need,” commented Rachel Tidmarsh, Managing Director of Bluesky International. “Thermal survey data clearly shows households that differ from adjacent properties. Most often these are shown as ‘hot spots’ and can be explained by poor insulation however unduly ‘cold’ properties are also of concern as these households may be experiencing fuel poverty where they simply cannot afford to switch on the heating. Combining the thermal data with demographic and other datasets can highlight properties where this may be the case.”

Bluesky has already flown about 1,250 square kilometres – accounting for around 4 million of the population, in the last year. Projects have been completed on behalf of Slough Borough Council, Birmingham City Council as well as Bury, Stafford, Coventry and Derby. Additional data capture is due to be undertaken in central London, the south of England and Scotland.

“Through investment in technology we are also able to offer our clients highly detailed 3D maps (LiDAR) at a fraction of the usual price,” continued Tidmarsh. “We have the only fully integrated aerial survey system in operation in the UK – if not the world; which means we can simultaneously capture LiDAR data during the thermal survey potentially saving thousands of pounds in data capture costs.  This data is being used by local authorities to identify extensions and out buildings that have been constructed without planning permission.”

Thermal surveys are flown during the winter months, early evening and after sunset, in order to capture the widest variations in temperature that can occur as a result of poor insulation or excessive energy consumption. The data can be produced ready for use in a Geographical Information System (GIS) or Bluesky can produce ready to be delivered marketing documents highlighting high heat loss values for individual properties.

The thermal surveys are undertaken using a ‘microbolometer’ thermal camera specifically designed for airborne surveying and ideal for use in aircraft flying at night. It allows measurements of heat loss from property roofs to be recorded with higher precision and more consistent results than other systems currently in use in the UK.

Bluesky is a UK-based specialist in aerial imaging and remote sensing data collection and processing.  An internationally recognised leader with projects extending around the globe, Bluesky is proud to work with prestigious organisations such as Google, the BBC and Government Agencies.

Comments are disabled
NEXT ARTICLE
Continental and HERE Team Up to Map Out the Future of Vehicle Connectivity
January 14, 2014
PREVIOUS ARTICLE
Single Point of Distribution Eliminates Journeys and Carbon Emissions
January 14, 2014